Rapidlash Review and Before and After Pictures 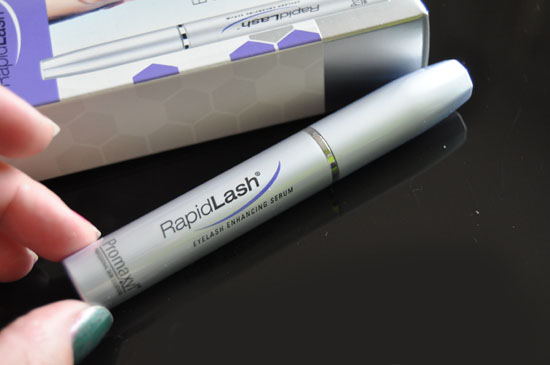 In July we posted off a parcel to Susan from Onefabday.com. Why? Oh, cos she was our willing guinea pig for a bit of a cosmetic experiment. There are three main obsessions in beauty right now: nails nails nails, anything permanent - including scary chemical-packed straightening hair treatments - and lash enhancers. In Hansel-from-Zoolander parlance, they're all so hot right now.

Susan's consignment contained a tube of Rapidlash. This new lash serum caused an avalanche of excitement pre-launch, had hundreds on waiting lists and sold thousands of units when it finally made it into shops. Designed for daily use to nourish the lash fringe and encourage optimum conditioning which helps lashes reach their full fluttery potential, you need to use it for eight weeks to see results.

She reckoned herself a good candidate:  "my eyelashes are quite short, especially at the edges - just where you want them to be extra long. Typical! They're also quite pale which doesn't help with the illusion of length or thickness."

Using the product at night worked well for Susan as she was able to build it into her evening cleansing routine, and she found it easy to use. "You have to apply it to the lashes themselves and try to avoid your eye. I only did it on my top lashes as I'd crazy notions of waking up with my lower lashes growing down my cheeks! Once I kept it off my skin, there was no irritation. I normally have very sensitive skin, so I was really careful with this."

On to the million dollar question: does this stuff actually, y'know, work? "The first six weeks at least I was very sceptical that it was doing anything," she said. Was there any light at the end of the tunnel? "The last two I thought that maybe they were slightly longer - but nothing crazy, and certainly nothing anyone else noticed," Susan told us.

So, that in mind, lets have the big reveal: 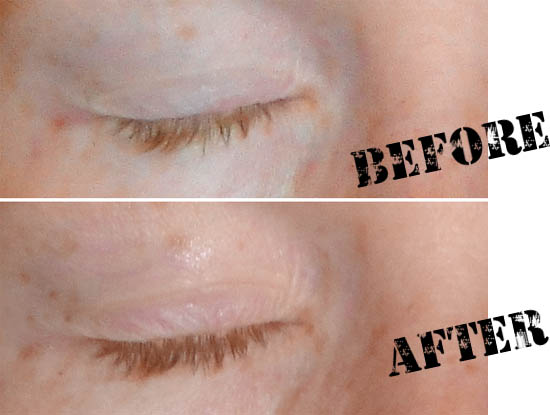 What do we think? If I squint, I can *sort of* see a bit of thickening in the after shot but no real difference in the length. To me, this isn't a particularly brilliant result for a product that costs €49.99, and Susan feels the same way. "I think the before and after shots seem to show they're slightly longer or even a bit thicker. My husband is a researcher and he thinks it's just the confirmation bias!  Either way I don't think it's a huge difference."

Ultimately, is Rapidlash worth the money? "I don't really think its worth the price, unless it started to work a bit better over a more prolonged use," Susan says.