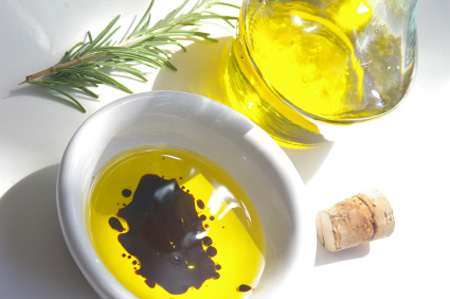 While previewing the delish new season Bourjois goodies last week, I was very kindly treated to a manicure from Marina Sandoval, a London-based nail whizz who works at the respected London salon Jo Hansford. Yeah, I know. I've a hard old life altogether.

As she worked, we chatted about nail products, bases, topcoats and all manner of products in between, and Marina imparted something very interesting during our gossip: don't spend cash on expensive nail oil, she revealed, because olive oil is just as effective - as well as being a hell of a lot cheaper. It doesn't have to be extra extra virgin and pressed between the bosoms of Italian mamas, what you pick up in the supermarket for a couple of quid will be absolutely fine.

So, what to do? Rub a couple of drops into cuticles and the nail bed once or twice a week and you'll have hydrated, plump cuticles as well as healthy, stronger nails over time.

There you go - how's about that for a cheap-as-chips nail solution?