Sales of nipple covers up by 20% ... But not because of The Big Freeze 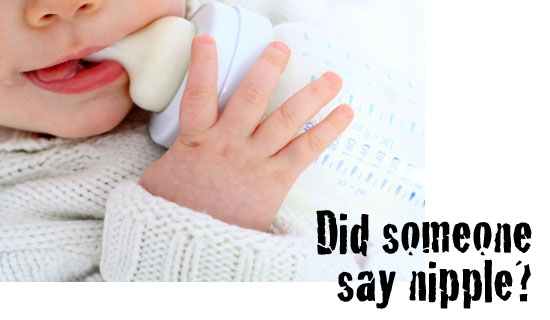 Time for some Very Important And Serious Groundbreaking News from the Beaut.ie newsdesk now, ladies. According to research conducted by Selfridges in London, sales of nipple covers have been peaking lately, up 20% in the last short while.

Not surprising, sez you, with the sub-zero temperatures and lazy winds (you know the type, would cut right through you rather than go around) that we've been enduring in this part of the world lately. Sure we're just not used to that kind of cold. It's little wonder that certain, particularly delicate parts of the anatomy might require a bit of additional insulation.

Not to mention the need to limit excessive NSFW Titanic perkiness ("Iceberg, straight ahead!") brought on by the chill.

However, it's not The Big Freeze that has tweaked nipple cover sales. Nope, it's the underwear-as-outerwear trend. According to Helen Atwood, Selfridges' head buyer for lingerie, "Underwear as outerwear isn't a new phenomenon, however this spring, designers such as Stella and Christian Dior are taking it to another level. Our customers are spending upwards of £250 on sheer bodies which they don't want to keep hidden under clothes. Today's if-you've-got-it-flaunt-it generation is proving that there is nothing like a peek of expensive lingerie to make a woman feel special."

Merciful hour. Upwards of two-hundred and fifty of the Queen's finest on a bodysuit?!

Sorry, I digress. If you find yourself in need some pasties to keep your puppies' peaks in check, head for the likes of La Senza or the lingerie section of your nearest department store. And remember, kids: Compeed plasters are not a viable substitute...