The Great Eyebrow Debate: Do Full Brows Make A Difference To Your Look?

Ever worried that your eyebrows don't look... quite right?  That one side is more uneven than the other or perhaps you've made them too dark?

Well fret no more.  The Internet is obsessed with eyebrows - and loves to gleefully show us celebrities with their eyebrows photoshopped off, the worst eyebrow makeovers evah, Scouse brows and of course endless pictures of Cara Delevingne. So no matter how bad a job you think you've made, there are hundreds MUCH worse than you. 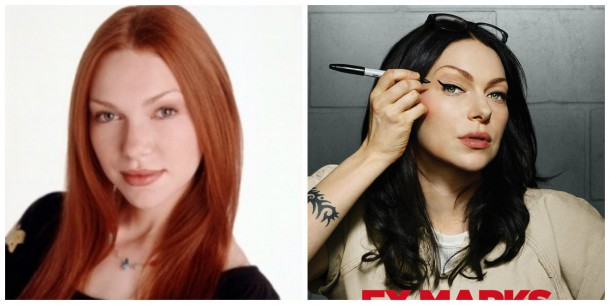 But while the thicker brow is definitely on trend there are a few notable exceptions - the most outstanding being Laura Prepon (Alex Vause) in Orange is the new Black.

Seeing Alex's eyebrows for the first time was a revelation.  How on earth did she get them like that I wondered?  They're so high it looks like she waxed them off and drew them back on  halfway up her forehead.  But no - she's always had her eyebrows like that, even when she was in That Seventies Show.  And it works for her with her retro glasses and cats eye liner - she's one sexy convict. 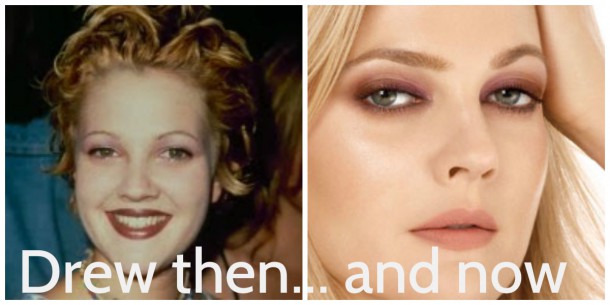 If you were of an eyebrow pluckin' age in the Nineties you'll surely remember the horrors of tonal makeup, brown lipstick, lipliner ten shades darker than your lipstick, zero blusher and eyebrows plucked to near extinction.  One of the best examples of this look is of course Drew Barrymore who still gets slagged to this very day about her Nineties brows.

And for everyone who doesn't believe that eyebrows can really date your look, just take a butchers at Mrs Craig at the time of The Mummy - and now. 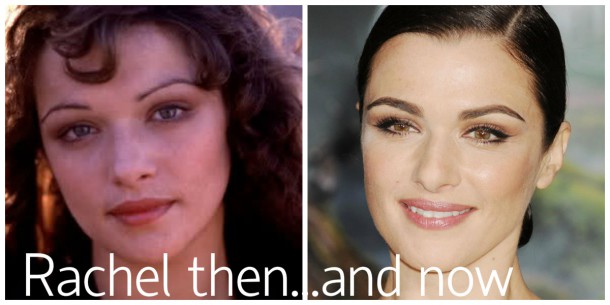 How and ever, not everyone has wanted to move with the times and indeed skinny drawn on eyebrows still exist everywhere, either as a result of overplucking, refusal to grow or simply personal preference like Laura Prepon.  Pamela Anderson for example refuses to move on from her skinny brows, really dating her look - and there are lots more like her.

Take a look at Beauty Call in The Irish Times today for more.

So what about you? Prefer the look of today's brows - or still sticking with skinny?