Christmas Present Shopping: Are You Stressed or Sorted?

“Are you all set for Christmas?”

At the hairdressers, at work, over pints with friends, I can’t seem to escape this question. Not that there’s anything wrong with it, it’s a perfectly reasonable thing to ask someone. The problem is that my answer has lately gone from being a flippant “ah, not really” to a panicked “Oh Jesus. I’m really not – hey how long do you think it takes to get something delivered from America?” along with frantic glancing around the room in the hope of sudden inspiration for a present for my brother. 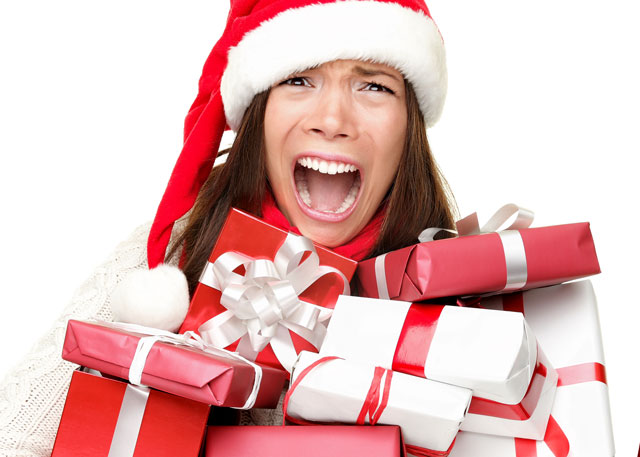 It's Ariane! And she's illustrating my current state of mind perfectly. There's an Ariane for every occasion.

I know that there were definitely years where I had everything under control by now but this is most definitely not one of them. It seems like my rule of not getting excited about, or even thinking about Christmas until the beginning of December has sort of bitten me in the ass this year. The fact that I didn’t even consider ordering anything online until about a week ago certainly hasn’t helped matters. It’s definitely too late now, but even ordering something online at that point was like a postal version of Russian roulette. 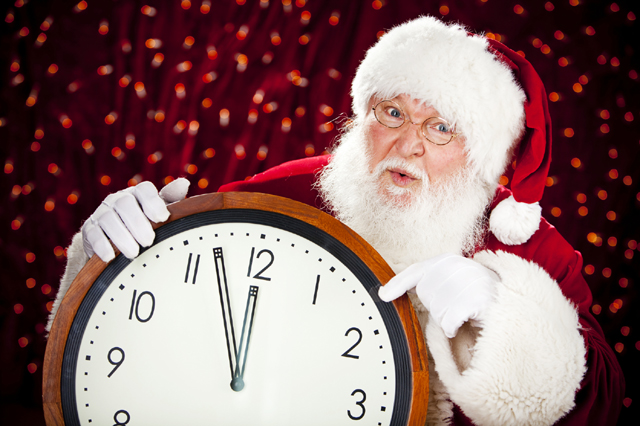 I KNOW how late it is Claus, stop PRESSURING ME.

The last few days have been filled with obsessively checking the delivery status of a package coming from far away, sending panicky messages to Etsy sellers to see if I buy something, would it arrive in time, texting rushed photos to my brother with messages that ask whether Mam would like this thing I found, and taking twice as long to get home in the evenings because I’m checking every shop on my way for potential presents. I’m doing everything I can to avoid having to do any shopping in Dublin city centre at the weekends because a Saturday on Henry Street is getting increasingly like the Hunger Games at this stage.

I’m now ridiculously jealous of those super organised types that seem to manage to have everything bought, wrapped and decorated with six inch ribbon curls since the start of November. I will never be one of those people because getting my act together that early just seems impossibly organised and out of reach for someone who recently wrote the date as 2011 in work and continued to do so for about a week until I realised something didn’t look right.

So tell me, are you running around like a headless Christmas chicken like me, or are you putting your feet up in the evenings next to the neatly organised pile of presents that you’ve had crossed off the list for weeks?

8 of the best Christmas movies to watch this December

Thoughtful gifts for your best people

Feast your eyes on these cheesy celebrity Christmas cards