Congrats, you're engaged! So, now what?

Welcome to the first in our new Rookie Bride series. From now until she eventually gets hitched (which could, in fairness, be 2047) Miriam will be keeping you up to date on her bridal diary, every second Thursday at 12. And please, before she falls into a black hole of tulle, gold markers and party favours, join the conversation and share your thoughts.

This January, apart from all of the pages I didn't sign up to, my Facebook feed has been full of smiling, happy couples, with one half of the pair brandishing some newly acquired bling on their left hand. Apart from Valentine's Day, Christmastime is the busiest time of year for engagements, weddings and romance in general and no one is immune. Not even an old cynic like moi.

I declined to announce my own engagement on Facebook, or Twitter or any other social media outlet for no other reason than I didn't want to. I changed my status update to 'in a relationship with...' about six years ago and a day later I regretted it but I left it because I thought it would be mean on Mr. Miriam to delete it. And that's how it will stay, even when we're married. Whenever that may be.

We got engaged at the end of November last year and I was taken completely by surprise even after almost eleven years together. I'm delighted, of course, and was glad to bask in celebration during the festive period but now the cold hard reality of having to actually plan a wedding is staring us in the face and we're sort of ignoring it, just like we're ignoring the leak on our roof that keeps getting bigger and bigger with each passing storm. 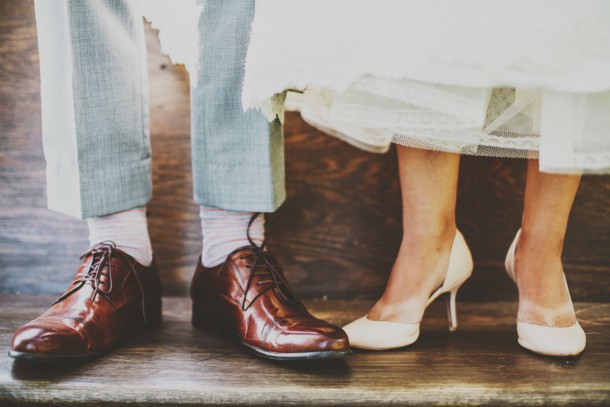 Unlike the leaky roof, I'm positive that our engagement won't collapse under the pressure. But pressure is there and it's mounting and I have to admit I've brought it on myself. I asked my sister and two friends to be bridesmaids before my ring was even picked and now we have a Pinterest board and a WhatsApp group full of dresses because that's as far as I've got.

I'm told that dress picking should be done after the theme is chosen (I have to have a theme?) and the location and, er, the date,  but at this stage, by the time you read this, we might have just jumped on the plane to Rome (or Vegas?) and got it all over and done with. The only thing is...dress picking is hard. I've realised that there's more to it than focusing on styles you like because what if that style doesn't suit you? The truth is, it probably doesn't.

I learned that from when I chose my ring. I was proposed to with a 'holder ring' which was a simply fabulous idea and we went looking for the real one a couple of days later. I had an idea of what I wanted but when I tried one on in that style it looked ridiculous on my finger. They look so different on than they do in the window. I ignored the one I eventually chose at first because I thought it was too small (the band, not the rock. Not that I actually have a rock) but it turns out that that one was - and I hate to use this term, but I will - The One.

So what the hell kind of dress will I get? Much as I would love to just pick one at random and order it from ASOS Brides, I do want to look somewhat good on the day, so I guess I'll just have to do some pinning, some flicking through mags, and some browsing of galleries like my current favourite, the Reem Acra bridal collection below - so much variety. Although maybe that's a bad thing.

I'll be keeping you up to date with my plans and would love if you have any tips to share with this somewhat confused bride-to-be.