Eggs on Ice: Tech Companies Pay for Female Employees to Freeze their Eggs

What benefits do you get from your employer? Paid holidays? Pensions? Free biscuits? As a self employed person, I get none (apart from as many tea breaks and trips to the shop as I want, oh the glamour). But if you work for Facebook or Apple in America, your employers will soon be paying for you to freeze your eggs.

Facebook introduced the scheme last year, and now from January 2015 Apple employees who want to put some of their eggs on ice will also be covered for up to $20,000 of egg freezing costs. In a statement, Apple said:

“Apple cares deeply about our employees and their families, and we are always looking at new ways our health programmes can meet their needs. We continue to expand our benefits for women, with a new extended maternity leave policy, along with cyropreservation and egg storage as part of our extensive support for infertility treatments … We want to empower women at Apple to do the best work of their lives as they care for loved ones and raise their families.”

Now, I'm not against egg freezing in general - if that's what someone wants to do, fine, not least because there are many women who really want to have children some day and don't have a suitable partner yet. And if employers want to provide it to their workers along with other health benefits, I won't object.

But what does unsettle me is that, in a country that has appalling maternity leave rights, tech companies seem to be prioritising gently pushing for women to delay having children rather than actually making things more parent-friendly. In federal  U.S. law, new mothers are at most legally entitled to three months of leave - totally unpaid (which is what a friend of mine who had a baby in Washington DC two years ago got). 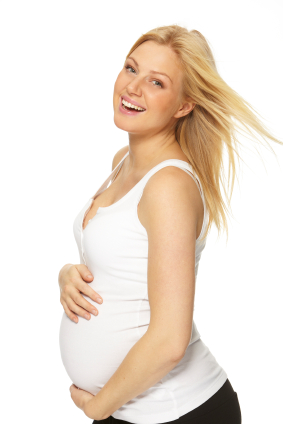 Some companies - including Apple, to be fair - do offer some paid leave (Apple offers 18 weeks of leave, which is just four and a half months). But in general America is far behind Europe - including Ireland - when it comes to maternity leave. So it would be good to see the likes of Facebook and Apple making it both easier and more acceptable for women, and indeed men, to take some time off, if that's what they want, rather than suggesting to female employers that they, as one headline put it, "keep working: we'll pay to freeze your eggs".

So what do you think? Is this just another excellent work benefit or an attempt to push women into delaying childbearing? And would you consider taking up such an offer from your employer if it were available (in Ireland, egg freezing costs around €5000 for the initial harvesting and then about €360 per year for storage, then eventually €2000 for, um, defrosting)?

Easy healthy work lunches for when you're busy but hungry

The future is safe in these little hands

Poll: How do you get around on a day to day basis?

This grandma is NOT impressed with Rihanna's Work

"You hungry? You wanna eat?"