Most of us have done it. You wake up with the feeling that your head is going to implode and your tummy is going to explode. Your mouth tastes like you’ve been eaten Jackie Healy Rae’s cap in a chilli kebab and you can’t bring yourself to look at your phone because the sent box holds The Texts Of Shame.

We’ve made the promises, we’ve taken the preventative measures and we’ve tried all of the hangover cures. But the endless cups of tea, the ice cold cans of coke and the world’s entire supply of paracetemol can’t package up your Sunday morning and return it to you, nicely wrapped and devoid of The Fear.

The words “never again” are oft to be heard on the weekend mornings, whispers and promises that have evaporated into the ether by the following Friday. But the devil is in the eternal detail. We KNOW we won't abstain forever. 'Tis the kind of ridiculous promise that sets our poor old liver up to fail. 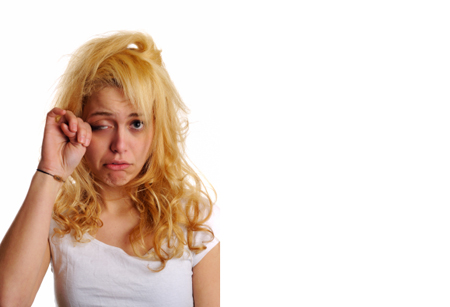 I heard an interview with the founder of Hello Sunday Morning (HSM) on the radio recently and thought it sounded like an interesting approach. HSM is an international movement geared towards putting an end to those ridiculous perpetual promises to the Gods of Gin. Founded in 2010, almost 10,000 people have signed up to their blog. For a few weeks, they promise to ditch the hangover and to greet Sunday mornings with a bound out of the leaba.

The idea behind the group is to take a break from alcohol and to share your experience. You sign up on their website, committing to a certain period of time away from your beloved Captain Morgan’s. And you set some goals to incentivise you during that time. Completing that five km run, dropping a dress size, enjoying a brisk Sunday morning walk with the family, whatever motivates you.

What saves this from just being another plaintive promise to the liver is the fact that you’re not doing this on your own. You can use the HSM website to get support from others and to share your Johnnie Walker-free journey. The community is currently operating in eight countries, with Rick O’Shea acting as one of the ambassadors in Ireland. There is even a Facebook group specific to the Irish participants where you can share, encourage and seek some sober solace.

The feeling of being part of a collective, and of sharing that common goal, is a huge crutch to many of us. Think of organisations like Weight Watchers where the accountability is often enough to keep us on the straight and calorific narrow.

With Christmas parties on the horizon, this may not be your ideal time to start. But when those bells ring for 2014 and we unfailingly resolve to be more health conscious, maybe HSM is worth considering. As a nation, we’ve embraced Operation Transformation. The rate of hi viz jacket sales in January increases in direct proportion to the rate at which our national waist line decreases. HSM could be another tool in our arse-reducing arsenal.

This lot are enjoying a healthy Sunday - except the fella in the middle, I suspect he is actually remembering the drunken texts to Maura

Could you swap that Sex on the Beach for a Sunday morning run on the beach?

According to their stats, 63% of those involved fully achieve their goals and another 33% achieve some of their goals. And more importantly from a societal viewpoint, each HSMer’s story has a positive impact on the drinking culture of ten people around them.

And I’ll raise an alcohol-free toast to that.

What do you think of this idea? Would it help you stick to your goals or do you prefer to paddle your own health canoe? If you made a new date with Sunday morning, what would you do?

Study shows couples who drink together, stay together

Want to cut down on wine & cocktails? Get married!

Anywhere That Has Sausage Rolls

Flying from the UK to Ibiza with Ryanair? Then No Booze for You!

So, Booze is Better Than Rice for Drying Out Wet Phones

But there's a catch.