I'm a coward, I live under a bridge and I'm a nasty fecker. I'm a YouTube troll

We've followed Leanne Woodfull's journey as one of Ireland's best and brightest YouTube vloggers for years and have been impressed BY her and distressed FOR her in equal measure as we watched the downright nastiness of some of her commenters.  It's hard to understand the amount of anonymous hate and bullying that occurs as a result of putting yourself "out there", particularly at a young and vulnerable age when you're least equipped to deal with it - until you actually see the effect it has.  Read Leanne's story and give her some Beaut.ie love - she deserves it. 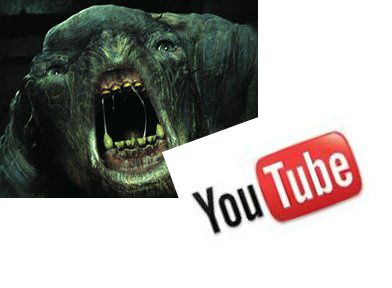 I started my Youtube channel back in 2010, as an extension of my fashion and beauty blog THUNDER + THREADS; I wanted to showcase my favourite products, my outfits and thoughts in a more "visual" manner. I constantly watched gurus on the website, and thought I'd give it a shot as I saw very few Irish fashion/ beauty gurus posting videos at the time.

I was 16, quite naive and wasn't prepared for the cruelty that lay beneath Youtube. It's a website infested with trolls, bullies, racists - you name it!

I've been on countless social media websites over the years, and I've never encountered so many trolls as I have, and still do, on that website.

The majority of people who upload videos to Youtube, and have a sizable audience, will most likely receive abuse from an online troll at least once in their Youtube life. Whether it be a generic "ur ugly" comment, or one that hits a more personal note, I'm sure the majority of gurus have received one. If you have anything different about you, trolls will latch on to that - unfortunately. Trolls will latch on to anything really; they're keyboard warriors. They get a kick out of putting people down, who they don't know, behind a computer screen. It's incredibly sad - you have to learn how to pity them. 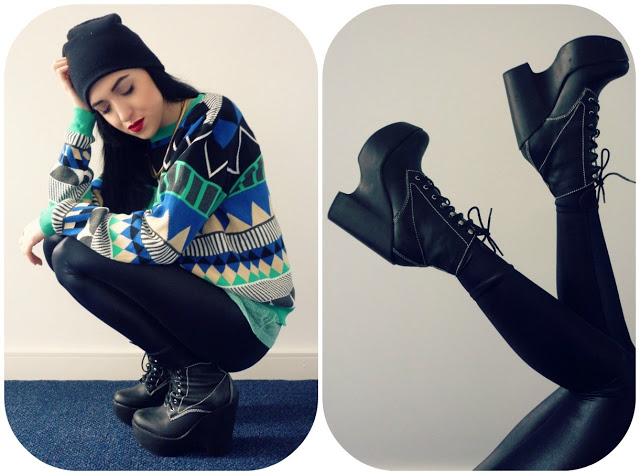 My trolls over the years, have latched on to one thing in particular when it comes to me; I developed a facial deformation at the age of 13, a prominent underbite and complications surrounding both my top and bottom jaws. Due to that, bullying in school and outside of school in the "real world" and your average teenage self-hatred, I began to feel depressed, suicidal and was in a dark, dark place for a chunk of my teenage life.

I started my blog in late 2009 as an escapism; a distraction and something to focus on. On my blog I felt protected, creative and was growing more confident with each blog post. I started making Youtube videos in the Summer of 2010 - small reviews of products, light-hearted rant videos, outfit videos etc. Looking back, I half regret it. I regret putting myself "out there" through videos at such a young age, with such little confidence to start off with. I always say to friends and family, that I wish I had waited even another year or two to start making videos.

Nothing prepared me at all for what was to lay ahead over the years. I was slagged almost hourly about my jaw, which conjured up the nickname "Jaws" for me, that still lingers with my trolls today. I was told to kill myself on a daily basis, told how ugly I was etc etc. It was humiliating, embarrassing, depressing and completely terrifying.

I ended up deleting a heap of my first videos, taking various breaks from the channel and stepping away from it all regularly. My confidence plummeted to an all time low. I remember during one of these breaks, I was linked by a subscriber to a hate channel that was set up slagging me. The hate channel had downloaded some of my videos, taken the sound out from them and had dubbed them with grotesque captions slagging me, and saying horrific things about my little sisters and Grandmother. To say I was absolutely distraught would be an understatement.

I'm 19 now, and 2013 is my third year on Youtube. I'm proud of my videos, I enjoy making them and I've made quite a few friends through the website. The majority of experiences and benefits I've received through my whole "internet journey" has derived from my blog, however. Youtube has caused me a great deal of upset and trouble over the years. Maybe it was young age and lack of confidence that has affected my Youtube experience negatively for me. Still to this day, I get nervous jitters in my stomach when I see (1) New Comment - surely that's not healthy? As much as I appreciate my subscribers and my fellow Youtube friends, I do wonder whether or not I could have just solely focused on my blog. I think regularly about is the whole Youtube thing, worth it in the end? 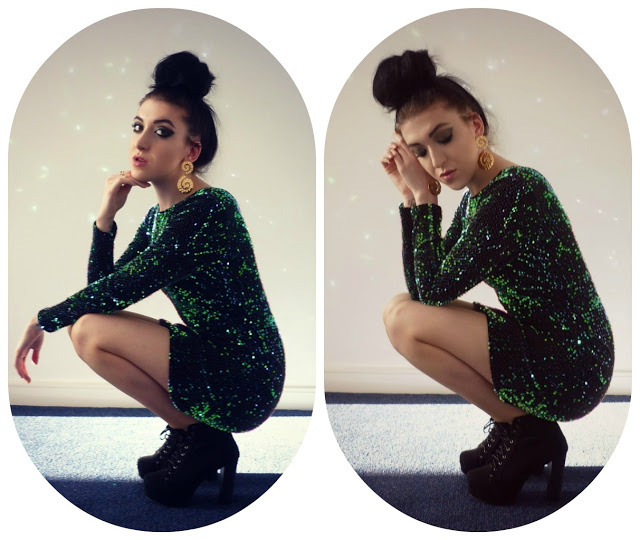 I sound ungrateful, I know, but it's an experience that confuses me entirely. I'm currently on 39,000 subscribers; a lot for an Irish Youtuber, but still quite a small number in the grand scale of fashion/ beauty vloggers worldwide. I've lost a lot of my enthusiasm and confidence over the years making videos, becoming very guarded and paranoid about what I put up. I'm having an operation early this year to correct my jaw disfigurement, so I'm hoping that'll help me regain the confidence I've lost. That's why I haven't deleted my channel, or have given up yet - I have hope. I have hope that maybe my Youtube experience will improve, that I learn how to brush trolls' abuse aside completely. For now, I'll continue to carry on and give it my all.

I still receive abuse daily on Youtube of course, but it's in the minority. I have to keep reminding myself of that! I tend to delete and block the majority of users who send me abuse, but I must admit that I do put some in their place at times. It's only human nature to stick up for yourself. My advice to anyone thinking of starting videos is; be prepared for the trolls. That website breeds them, you'll no-doubt experience them at least once! I'm not trying to scare people off, I'm just trying to warn you. I wasn't prepared for trolls, but I think if you have the confidence, sense and if you're prepared, you'll do just fine. It's a great community otherwise, and it is fun reading people's comments and reactions to your videos.

Remember the majority of people are nice, like anywhere, but there's a huge minority of negative, insecure trolls that feed off of putting others down.

At the end of the day, if you're proud of what you do - feck the haters! Be nice, it's simple - karma's a bitch!