Bad news if you're a man (and thus can't avoid yourself) and don't like porridge, as they could be the secret to long life.

Well, at least according to Scotland's oldest woman, Jessie Gallan who just turned 109-years-old earlier this month. In an interview with The Daily Mail, she said she began life in a small cottage on January 2, 1906, where she slept "top-to-tail with her five sisters and one brother on a straw-filled mattress".

She was happy to give her advice and a few tips for those out there who are hoping to emulate her and reach a ripe old age, which she attributes to working hard: "seldom would I ever take a holiday. I left home when I was 13 and began a job milking cows". 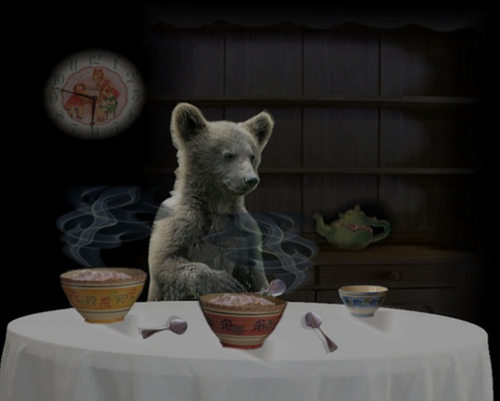 When it comes to diet and exercise, she was also regularly active, which she believes played a part: "I also made sure that I got plenty of exercise, [and] eat a nice warm bowl of porridge every morning".

Finally, she also had some advice when it comes to affairs of the heart, saying that she never got married, and that has played a role in her longevity: "My secret to a long life has been staying away from men. They’re just more trouble than they’re worth".

So, there you have it, you'd best go and get yourself a divorce and/or a bag of porridge oats.

So whaddaya reckon? Does she has the secret to longevity cracked? And no wonder we didn't hear any more about poor old Goldilocks...

Easy healthy work lunches for when you're busy but hungry

The future is safe in these little hands

Poll: How do you get around on a day to day basis?

This grandma is NOT impressed with Rihanna's Work

"You hungry? You wanna eat?"