This is the ugly trouser trend everyone will be wearing soon

I should clarify that this ugly trouser trend is more of an ugly boiler or jumpsuit trend, but regardless, everyone will be wearing it soon.

I wear jumpsuits as a trouser alternative, not a dress alternative. Despite the problems they pose when you need to go to the Ladies, they're handy things. Most handy. They're easy. You just pop one on and you're good to go. You appear to be in tune with fashion but you don't really make much of an effort at all. This season's biggest jumpsuit trend, though, is going to divide opinion. I'm calling it an ugly trouser trend because of its 'Man Repelling' qualities. It's basically a boiler suit, but now it's fashion.

(I wrote about the 'utility' trend last week: We're dressing for hard labour this season and we're ok with that.)

The boiler suit was all over the streets during fashion weeks. The street stylers wore theirs with designer bags, heels and fancy belts.

Some people will absolutely hate the look, but I think it's going to be like cycling shorts. People won't believe the trend will catch on. They'll resist for as long as they can. They'll declare them as hideous. And then, they'll be wearing them in a totally non-ironic way.

We're already kind of into the boiler suit thing. If a fashionable look can be comfortable, why not embrace it? You don't have to wear it with heels, either. Those white runners will suit the look completely. And a new weekend uniform is born. 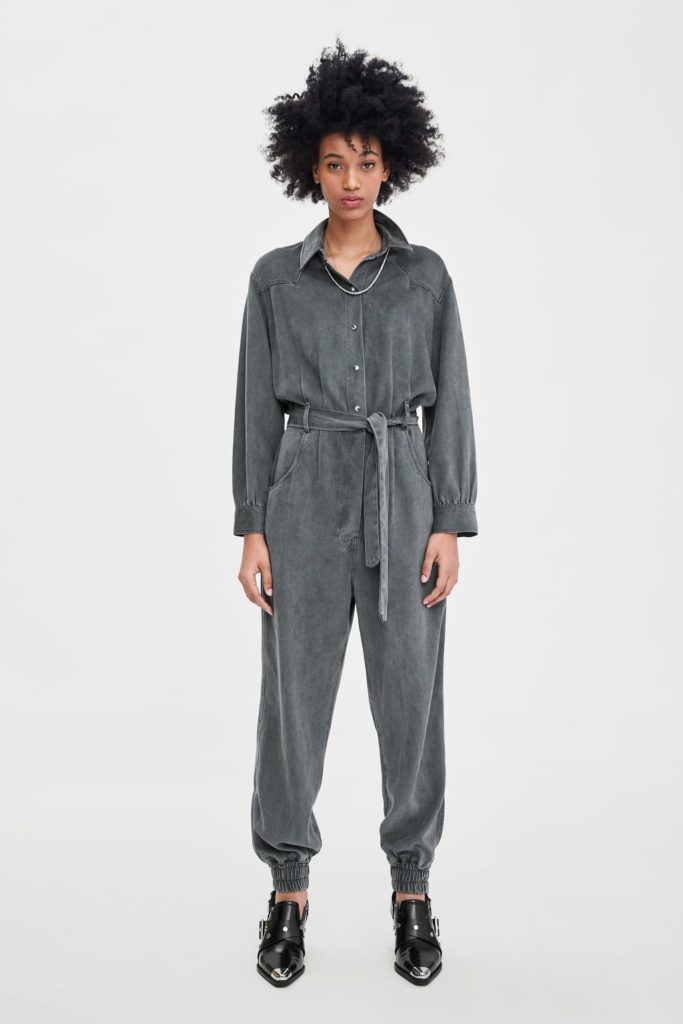