Not just for your sangers: Clingwrap plus Avene Akerat tackles bumpy arm syndrome

Keratosis Pilaris, KP to some, has been RUINING shorts for me for years. My upper arms and thighs are a bumpy red eyesore. In Winter I can just pretend it doesn’t exist, but in Summer my chicken skin is laid bare for all to see. I think mines getting worse with age as well, this year I’ve noticed the red scaly bumps have migrated down to my lower legs!

Anyway it was high time I did something to alleviate it. The odd dermatologist will sometimes tell you it’ll get better if you exfoliate regularly, but I’ve always found exfoliation just makes the redness worse, and does nothing for the lumpiness! 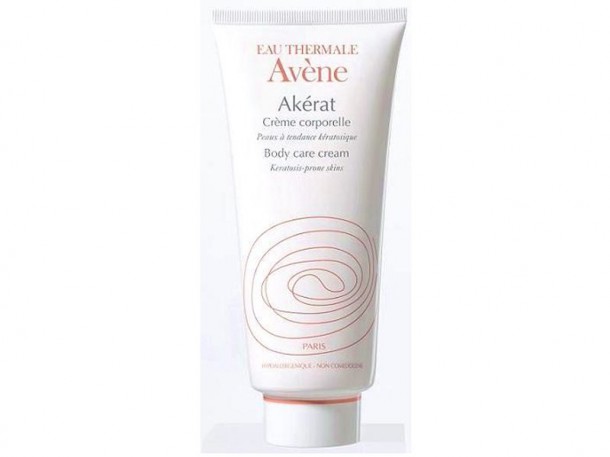 Luckily for me Avene have a treatment cream for Keratosis Pilaris. And recently while visiting the Avene Spa in France I picked up a useful tip I thought I’d put to the test: I’ve been using the cream consistently for a couple of weeks AND I’ve been wrapping my arms and thighs in clingfilm after the odd application– partly because it’s fun, but mainly because it helps the cream do it’s magic!

Akerat Body Care Cream is 47% Avène Thermal Spring Water, which is ph neutral and both soothes and hydrates the skin. Plus it contains urea to hydrate as well as salicylic and lactic acids, which help break down the keratin that causes the hair follicles to become blocked, red and bumpy. It's around €20, so I'll probably be alternating with with my regular moisturiser to make it last.

Now I've TRIED to sleep in my clingfilm, but it was so creepy and weird when it would un-peel itself while I was half asleep. I had to stop, it was like being a human banana. Anyway the good news is it works even if you just wrap yourself up for a couple of hours in the evening. Yay! Now where are my shorts?

Has anyone else tried Akerat? And does anyone have any other great cures for Keratosis Pilaris?