Beaut.ie How To: Military nails 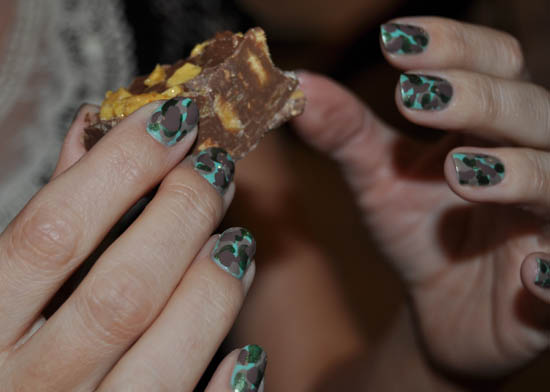 I had a really flaming hard time deciding what to wear on my nails to meet one Ms. Sharmadean Read at our Barry's "Tea With" event last week. As if deciding what to wear clothes-wise wasn't tough enough, like. That operation, predictably enough, involved lots of "I have nothing to wear!" meltdowns, and things were similarly fraught on the nail front. Eventually, I settled on a goes-with-everything so-hot-right-now military mani of camouflage fingernails and studded thumbs that I reckoned would work with whatever outfit I'd end up wearing.

1. Prep nails by removing all traces of old nail varnish, filing nails into your desired shape, massaging in some cuticle oil, pushing back cuticles if required, and wiping nails down one last time with nail varnish remover to degrease the nail plate.

2. Apply one thin layer of base coat. 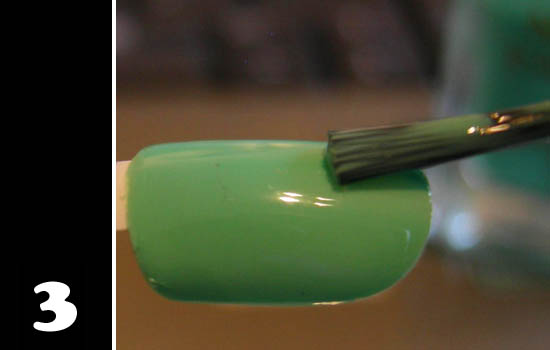 3. Apply two-to-three thin coats of one of your chosen camo colours to your fingernails to create a solid colour - I used Barry M Mint Green for this job, and it did need three coats. 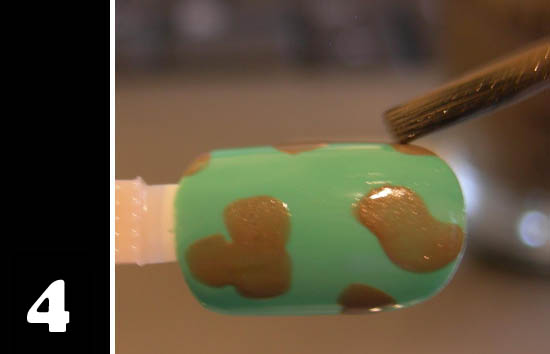 4. Take another of the camo colours and lay down four or five asymmetrical splodges (a perfectly cromulent technical nail term, I'll have you know) in that colour on each fingernail. Try not to put it on too thickly - remove excess from the stem and bristles of the brush as you draw it out of the neck of the bottle so that you're just working with a small bead of colour on the end of the brush. 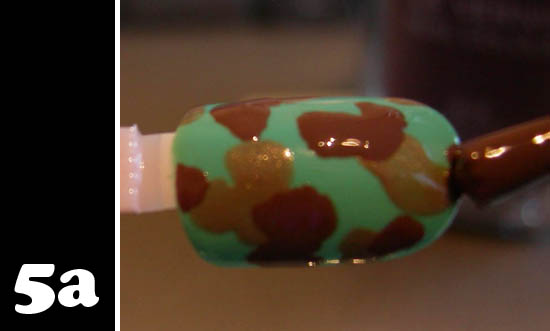 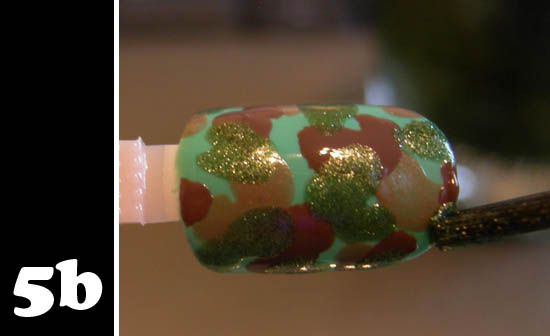 5 A & B. Repeat using your other camo colours. Overlap the splodges of each colour slightly so that you're still allowing the colour beneath to peek through. 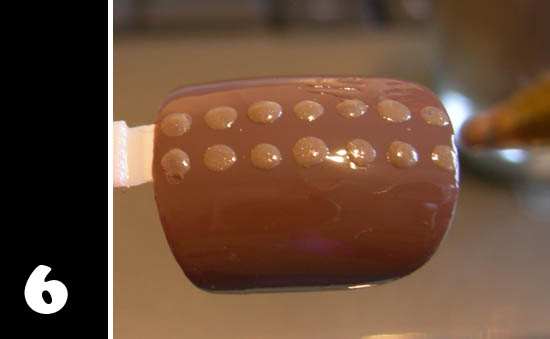 6. Paint your thumbnails one solid colour from your green 'n' brown palette (I used Particuliere.) Create a double row of polka dots in a lighter colour up the middle of your thumbnails following my polka dot tutorial.

7. Use the nib of your pen to dot some glitter on there too, if you have it - this will really help the studded effect feel a bit more 3D.