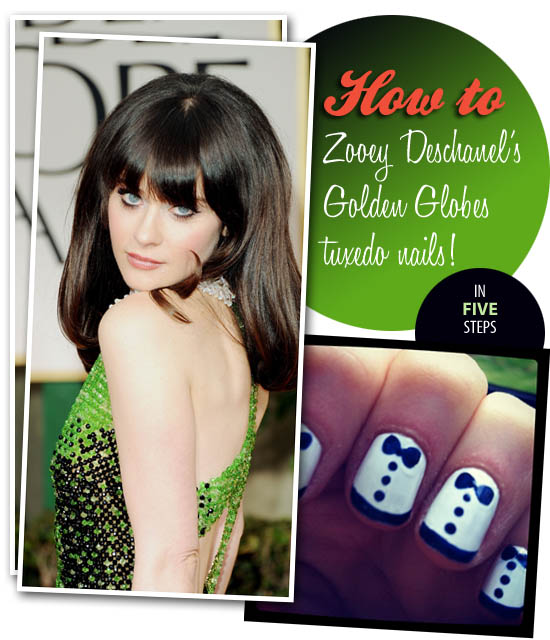 Pretty much the instant that I spotted the adorable tuxedo nails that Zooey Deschanel wore to last week's Golden Globes on Twitter, I resolved to take a crack at DIYing them. They turned out really well (and were easy peasy to do.)

Here's how to create your own version of Zooey's black tie appropriate manicure at home. 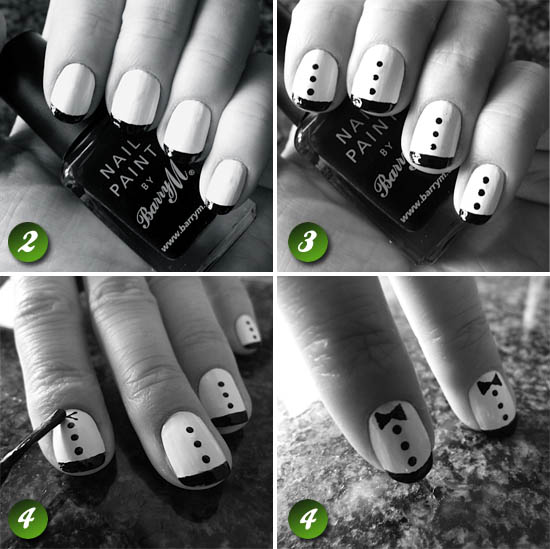 It just wouldn't be fair to get them all gussied up and then have nowhere for them to go!