Last week we gave you a Sneak Peek at the hot new blush from Benefit, Rockateur,

However something instantly struck the commenters who responded to the original post - the net weight of the product was a mere 5g instead of the 12g which is standard for a Benefit blush. But the price was exactly the same at €34. 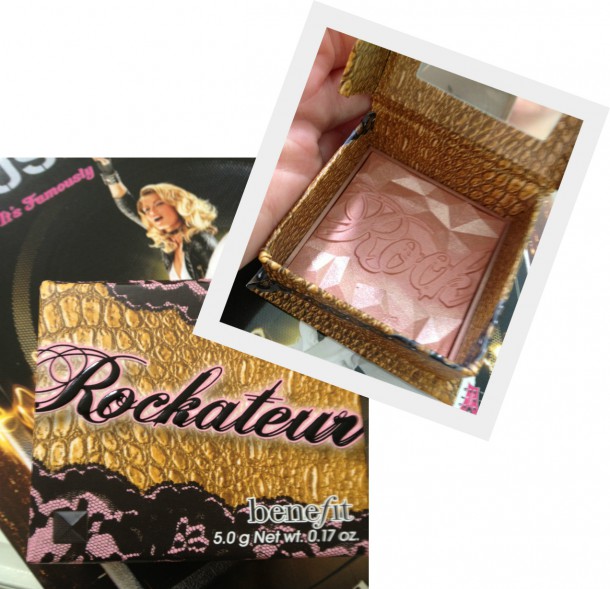 So surely some mistake?  Giving Benefit the er benefit of the doubt, because they're probably one of our favourite cosmetic brands, we took a closer look at Rockateur.

The first thing to note is that it is in exactly the same size box as every other Benefit blush (like Sugar Bomb, Coralista, Hoola etc).  So if you plucked it off the shelf in a shop you'd automatically assume that you were getting a standard sized product, as it's the SAME PRICE as a standard sized product.  This is blatantly misleading the consumer. 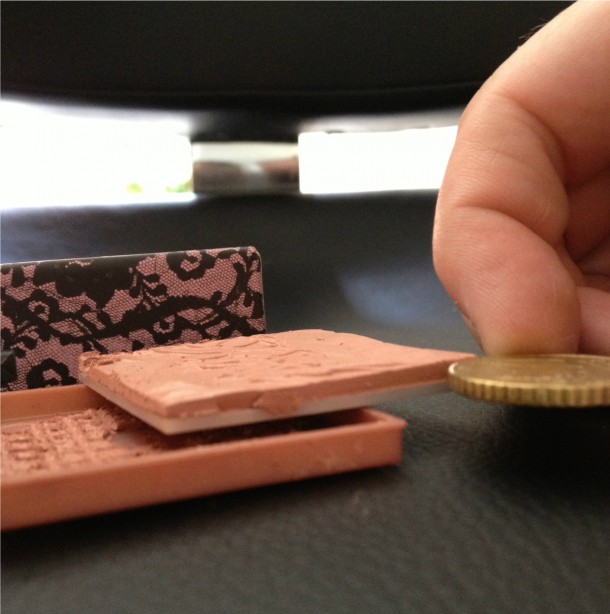 There was only one thing for it.  It was out with the Stanley knife and the pretty box was deconstructed.  The amount of product you're getting is actually thinner than a 50c coin.

This is incredibly disappointing.  Benefit fans are among the most loyal in the world, they love the brand.  What on earth has happened here?