I've bought some strange random beauty products on a whim, but I think the eyebrow scissors was my strangest choice. I was in the US, in a Sephora - so you'd think I could have found something more exciting to put in my basket than an eyebrow scissors. But the Anastasia Brow Scissors was a featured product in one of their displays and something about it drew me in. 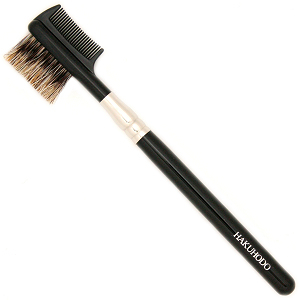 I do have long eyebrow hairs and they can look straggly if I don't comb them into place, so the purchase wasn't entirely out of left field. And the Anastasia Beverly Hills brand is a great name when it comes to brow products and I was familiar with it from having my brows shaped in various salons and brow bars.

Using a brow scissors sounds like a fairly simple task. You brush the hairs upwards, then use the scissors to carefully trim any hairs that extend above the brow. It should be an easy solution to neatening up straggly brows and the final step when threading, tweezing or waxing the brows into shape.

It turns out that something that might be easy for a therapist is not really that simple to do yourself at home, however. Firstly, it's really hard to precisely aim the scissors at one particular hair and snip it when looking in the mirror. I don't know why this is so when I can manage to wield a tweezers, but I was terrified I'd take out half my eyebrow by mistake. 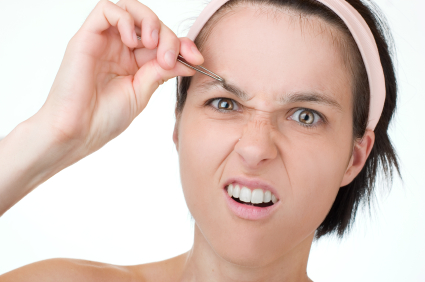 And then I discovered that since my brow hairs are fairly coarse, cutting them was leaving me with really obvious, blunt ends that seemed to stick out a mile. Almost literally, since they also curve outwards instead of lying flat against the skin, so trimming them resulted in hairs that stuck straight outwards, looking far more obvious than the slightly long hairs I could have just combed into place before.

So that was it - the scissors were put away before I could do any more damage and they've never been removed from the box since. Some things just are better left to the professionals.

How do you get on with at home eyebrow shaping?  Better than me I hope!

The 5 Best Brands for Cruelty-Free Eyeshadow

Save, Spend, Splurge: 3 brow pencils to suit any budget

Three ways to give the gift of perfect brows this Christmas

ASK BEAUT: How to stop mascara flaking under your eye

Save or splurge: Bronzers that give the perfect sun-kissed glow

And should you go shimmer or matte?

The contour stick dupe that will save you over €30