Back to beauty school: How to trim false eyelashes properly

When I've a bit of time to get ready for a night out and some good eyelash adhesive on hand, I like to feck on some false lashes to open up my eyes and add a bit of drama. I have a packet of individual ones as well as a packet of small clusters which are good for achieving a subtle look, but I find they can be tricksy to get on evenly and usually prefer to just lash on a full strip.

The only thing is they're usually too long for my lashline and the length needs to be trimmed down to fit properly. Not a big problem, really: it's about a minute's work with a small scissors or nail clippers to snip off the excess. Bada bing bada boom bada fancy lashes, right?

Only... I've always found that trimming false eyelashes made the ends of them kinda scratchy, causing them to irritate my eyelids and meaning that I'd usually peel them off well before the night was through. 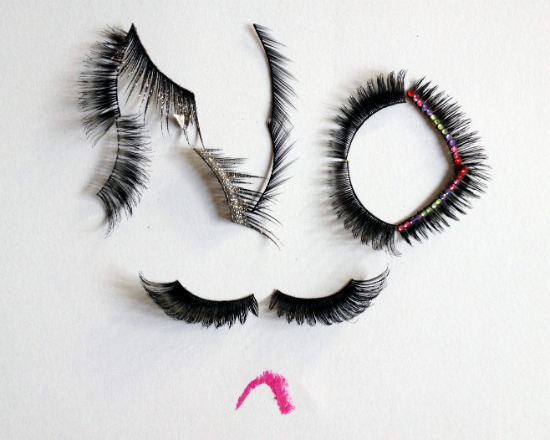 A selection of eyelashes that I've effectively ruined

With the last pair I bought, though, came a bit of an a-ha! moment. Rather than line up the outer corners with the outer corners of my eyes and trim the falsies at their inner corner as I've always done to preserve their length, I did it the other way around. Sure enough, trimming away those extra couple of millimetres from the outer corners did away with the problem of scratchy edges rubbing against the sensitive skin at the inner folds of my eyelids. 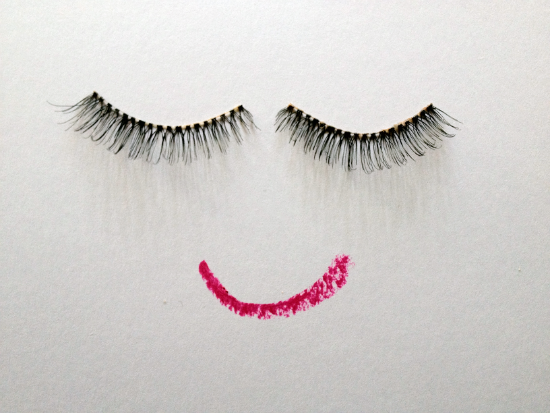 And the one pair I got right

Maybe this is something that everyone else does automatically, so feel free to wonder how on earth I could have been doing it arseways for the last twelve years or thereabouts. However since I've never seen anyone mention that there really is a right and a wrong way to trim false lashes and it's back-to-school season, I just thought I'd pass on what I'd learned!