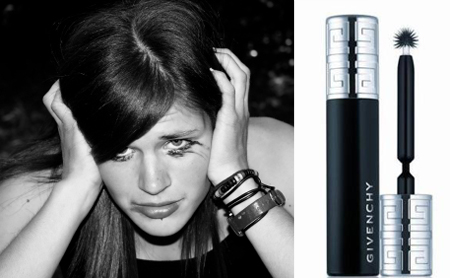 It's been available in Arnotts since 5th September and can be had from Givenchy counters nationwide from this Friday, but is the new Phenomen'eyes mascara worth €26 of your hard-earned?

Well, the short answer is yes... and no.

Yes because the mascara's loo-brush shaped head (as reader M christened it on Friday) has a definite quirky gadget-y appeal and can get at every lash, it definitely does make lashes look far longer, holds a curl, and the packaging is pocket-sized and pretty.

No because applying it is a very, very fiddly job. Which would be fine if you were a champion "Operation!" player in your youth and have time to burn, but the variety of angles you need to hold the brush at (approximately 500) to ensure you're getting the most out of this masara and avoiding clumps and the spider-leg look does not lend itself to speedy application. The other thing is that Phenomen'eyes doesn't really dry fully on lashes, which is good on one hand because it doesn't go crunchy and there's no danger of it flaking off into your eye and blinding you. However, I found it also meant that it felt sticky and was prone to smudging even if I didn't rub my eyes - a sneeze-induced closure was enough to leave a tell-tale black mark under them. Bah!

So I think the Phenomen'eyes brush is a winner but the formulation of the mascara itself leaves something to be desired. Frankly, I'm totally gutted. I really wanted this to be The One. Have any of you ladies been trying it and having better luck? Do tell us what you think!

(Oh, and for anyone who's interested, there's a "Before" and "After" here.)