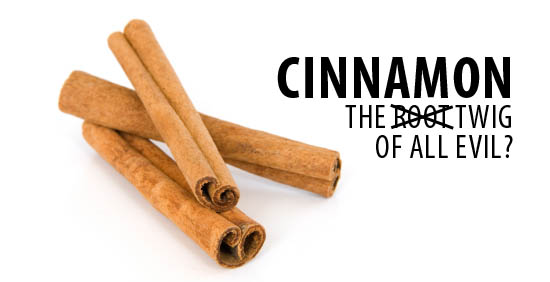 You might remember me mentioning earlier this week the lovely Aveda facial I had in Cork's Imperial Hotel, and how happy I was with the way my skin looked afterwards. Well, that was a bit of beauty karma - I was due a few good skin days, because a couple of weeks ago I wound up with a nasty bout of irritant contact dermatitis after an experiment with a DIY face mask went badly awry.

Now, I don't usually go in for DIY beauty in a big way, but I was at a bit of a loose end one day and came across a couple of easy-looking recipes that only called for ingredients that I had in the cupboard. There was one concoction in particular that had its users raving non-stop about the fantastic results they were seeing - fading acne scars and a lessening of breakouts with regular use was reported - and once I saw comments from people with sensitive skin about how they'd no adverse reactions I was totally sold.

Feeling quite George's Marvellous Medicine, I got to work mixing honey, ground nutmeg and cinnamon to a gooey chocolate-coloured paste. I smeared it all over my face and spent the next 30 minutes catching any wayward drips, then rinsed it off using the nutmeg as an exfoliant.

Immediately, my skin looked clearer, brighter, plumper, more even-toned and glowing, and it felt super-soft to the touch. I was fecking delighted with myself. Later that evening, though, when I was taking off my make-up, I thought my face looked a bit odd - a little bit inflamed or something.

I reckoned I must be imagining things.

But the next morning, when I woke up feeling like my face had been scalded and my skin felt hard and very definitely swollen to the touch, there was no room for doubt. I freaked out completely when I made it to the bathroom and had a look in the mirror, where I saw that I had a very nasty red bumpy rash.

It took nearly 10 days of intensive care for my skin to return to normal, during which time I had to avoid wearing make-up and refused to leave the house unnecessarily. Not fun.

While I know it's possible to develop an allergy to something that you use regularly out of the blue, I'm blaming the DIY mask because I've slowly reintroduced all the other products I used at the time back into my routine without any issues. And since cinnamon is a known skin irritant - commonly found in lip plumpers that promise a bee stung effect - I reckon it was the culprit.

Pity that hadn't occurred to me a little bit sooner.