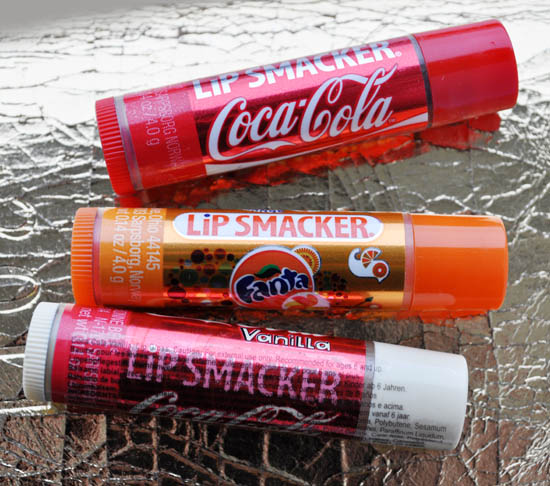 The other day I was at a top secret meeting in what turned out to be a bleedin Aladdin's cave of makeup treasure.

I spent more time going "oooooh" and "omygodlook" then I did anything else.  We'll have lots more news for you you on the upcoming launches I saw and ways for us all to get involved in the gorgeousness - but for now as soon as I saw these I just fell in love.

Lip Smackers.  Four different types that taste and smell like Coke and Fanta and Sprite.  Utterly DELICIOUS.  These little lip balms are available in Penneys (€1.99) and some of you will no doubt be using and loving them already- but they were brand new to me.  And in their bright red Coca Cola display stand I oooohed and ahhhed so much they had to give me some.  Apparently they're wild for them in Germany where they wear the Fanta balm on the bottom lip and the Coke on the top.  This is what's called a Mezzo Mix - mixing the two drinks is all the rage in Germany.

Lip Smackers love customizing their lip balms for different countries and products.  This range is for Coca Cola obviously - but I'd LOVE to see their Irish take on lipbalm.  What about a Baileys lip balm - or TK Red lemonade? 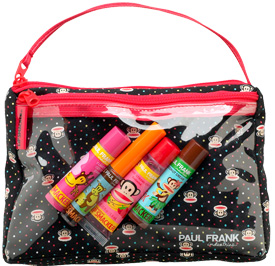 And for Christmas we might see... some Paul Frank Lip Smackers makeup bags.  We last lusted after the Paul Frank Lip Smackers in 2009 on Beaut.ie but we weren't able to get our hands on a little Julius monkey balm in Ireland back then.  Well now we can!  And we'll also see some little Coca Cola themed stockings and other nice bits and pieces.  Yummers!

Beauty Klaxon: The lipstick line that is pretty much perfect in every way

Is this the find of the summer?

But will it work for fans of high coverage?

New bright and beautiful makeup launches for the dreary days ahead

Brightening up the autumn days!

Best face masks: Get your glow back for less than the price of a latte

Single use and hydration packed