The new face of Urban Decay is the coolest ever

Once every so often a bonafide star is born. Last year, it was Ruby Rose.

So, we've only seen her in Orange is the New Black and even in that she didn't have a particularly big part but man, does she have charisma. And well, look at her. 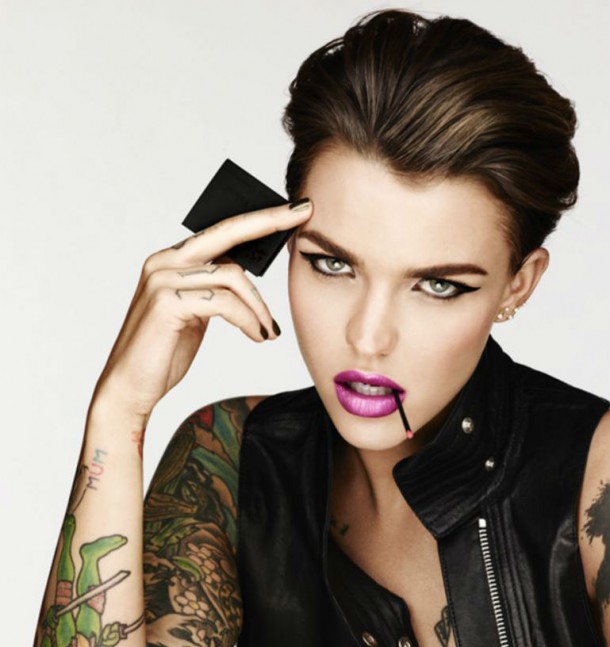 Urban Decay is known for having a bit of an edge (hello, Gwen Stefani) and if you were to guess what brand of makeup Ruby wears this would probably be it.

Ruby's actual job title for her Urban Decay role is 'Most Addictive New Vice'. UD's founding partner Wende Zomnir explains: "the Urban Decay girl is not only the coolest in the room, but also the nicest. So when Ruby Rose hit the scene, we were immediately hooked: with her badass look, f***-it attitude and playful spirit, she nails what it means to be feminine, dangerous and fun. She rocks haute couture with sleeve tattoos and a bold lip with an edgy haircut.  And now, she’s officially joined the brand as our Most Addictive New Vice."

Do you like Ruby's look? Do you think she fits the Urban Decay brand?

If Ruby Rose is in, we're in