Bobbi Brown Smokey Eye Mascara is our new favourite mascara. Why? Because it delivers a whole lot, in just one coat.

We're constantly on the hunt for the perfect mascara here at Beaut HQ. And while we have plenty of favourites, we aren't going to rest on our laurels. No, we'll keep testing them out. Budget to luxury and everything in between because there are bound to be brilliant ones we've missed along the way. I know, I know; it's a tough job, but someone has to do it! 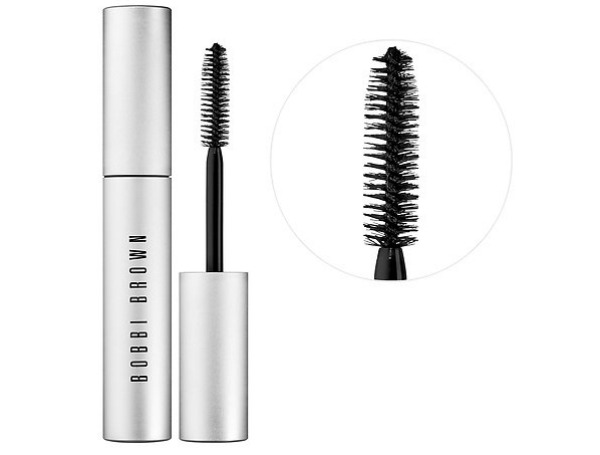 As it happens, this product is a perfect example of one that we missed along the way. Bobbi Brown Smokey Eyes Mascara (€29) has been around for a while now. But it fell under our radar for some reason. Maybe because BB is more known for their foundations and lip colours rather than mascara? Or perhaps because it hasn't had the same push as their other products.

Anyway, it ended up in my lap almost by accident. I'd ordered some other Bobbi Brown products online and it came as a sample. I'd literally just run out of the Clarins Supra Mascara (€26) so thought, why not? I wasn't sure what to expect. Which can be the best way to try out a product. If everyone is raving about something, we have high expectations, right? Whereas, if there isn't much chatter it's easier to form your own opinion.

It's safe to say that Bobbi Brown Smokey Eye Mascara is good. Very good. But here's why: it delivers after just one sweep. Thicker, fuller, separated, longer lashes. Without clumps, I might add (yay!). Two coats and you've got yourself a full on nighttime effect, three coats and it's femme fatal style stuff.

Over all, while Smokey Eye Mascara mightn't get the attention that They're Real or Hypnose get, we really like it. It works for both day and night and delivers where it counts.