30% of Irish Adults don't use social media: are the rest of us suffering from information overload?

WE'RE a nation of social media fiends according to the newst Ispsos MRBI poll which shows that 63 per cent of Irish adults now access some sort of social media.

One in five of us now has a Twitter account, a hike of 47 per cent since the last poll and more than half of Irish adults are signed up to Facebook with 58 per cent of those users accessing the site daily. 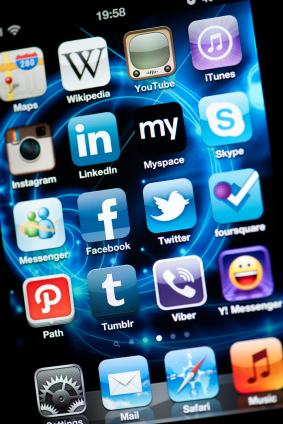 It begs the question - how do they stalk their friends? Surely they don't ... meet up with them? And what about the news - I get most of mine from Twitter; do those who don't access social media just buy a newspaper?  I can't imagine getting through the day without accessing any social media, it's just second nature to me. Chatting with friends and peering goggle-eyed into their lives on Facebook, then over to Twitter for a catch up on the events of the day, a photo of someone's cat and a debate on whether the right girl got thrun off Britain and Ireland's Next Top Model

I'm a social media junkie:  my addiction to blogging and my Facebook, Twitter, Google+ and Bebo accounts all attest to that.  Though I must hastily add that I haven't used the Bebo one in about a decade. (The profile picture makes me cry. So young! So wrinkle free! So drunk!

And what about Pinterest, Flickr, LinkedIn, You Tube, message boards and all the other zillions of other forms of social media that are out there.  I'm tired just thinking about it!

How many social media sites do you use regularly?