Maeve and her tiny babies: ads that drive me crazy!

Can I hear a big Beaut.ie welcome for Miss KittyCatastrophe, pop culture blogger par excellence of RedLemonade fame, who's going to be writing regularly for us!  We're are thrilled to pieces to have her - and if I tell you I had to fight off serious competition to get her here I think you'll agree it was well worth it.  Take it away Karyn.

When it comes to ads on the telly, I think we all have a special place on our list of enemies for VHI Maeve and her "tiny bayyyybies" and a special place in our hearts for Margaret and her Kenyan dose of the runs. 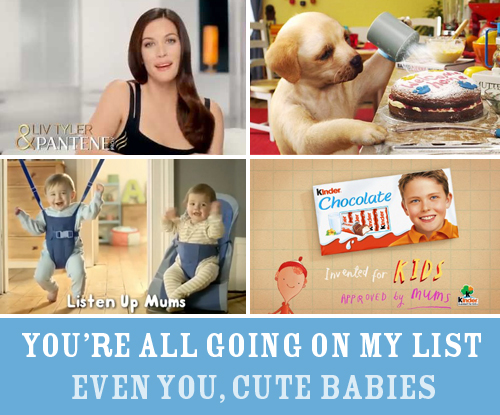 But there are some other ads plaguing my evenings of late, that serve only to aggravate me to the point of wanting to pull off my shoe and throw it at the screen. Here are some of my worst offenders (and I only left out the Lyons Tea Misogynist Dad ads because I've already been very very cross about them on my own blog): 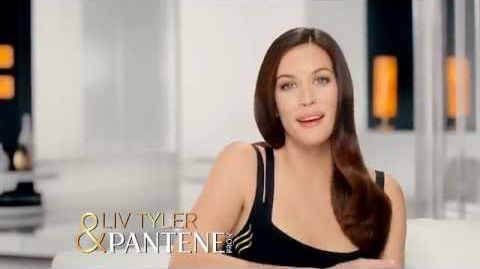 Liv Tyler's Pantene Ad
Now I'm sure that Liv is only lovely in real life and yes, she's gorgeous, but OH MO DHIA this ad drives me crazy. More specifically, it's her voice in it that drives me crazy, as she sounds like a complete DOPE. Honestly, every time I watch it I half expect a sombre voiceover to chime in with something like: "For just ten euro a month, you can help Liv battle her split ends AND send her to school." Now I'm sure she's an intelligent woman, but if someone could please explain to me why Pantene decided to make her sound like this, I'd be eternally grateful. 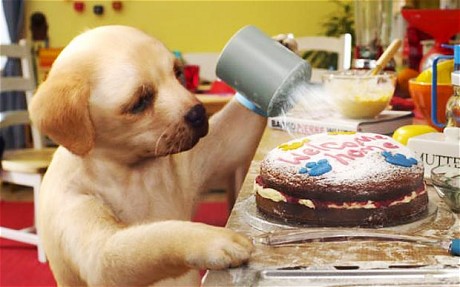 Andrex CGI Puppy Ads
I'd very much like to know which marketing genius decided that a computer-generated anthropomorphic puppy would be cuter than an ACTUAL real-life, so-adorable-my-face-just-melted-off puppy. Because then I could tell them in person how utterly wrong they were.

These new CGI puppies have laptops and girlfriends and bake cakes. It's weird behaviour for any puppy. I don't like it.

How can a puppy bake a cake when it HAS NO THUMBS? And if the house in the ad is the puppy's house - which it appears to be - then why is everything designed for human use and too high up for him to reach? It doesn't make sense! AND it's poorly thought-out interior design. Poor show, fake puppies. Poor show. 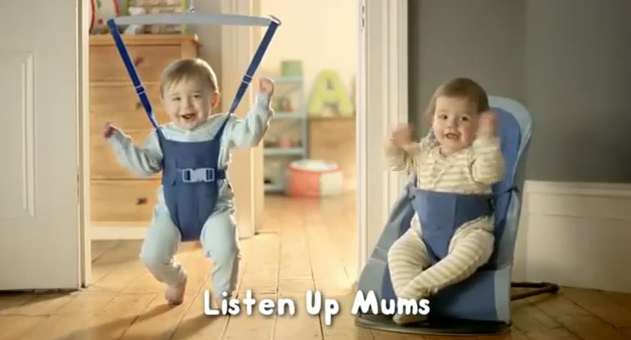 These ads have all been bundled up together, as they all annoy with their "Mum" angle.

P&G have proclaimed themselves "Sponsors of Mums", a tagline that they're tacking on to the end of their ads for Fairy liquid and nappies, because, well, who else would be doing the washing up and looking after the sproglets, right?

Kinder Bueno have adopted a new "Invented for Kids, Approved by Mums" slogan, seeing as apparently fathers have no role to play in the raising of their children.

Huggies are currently running an ad with two babies that begin their conversation with "Listen up Mums!", because, again, apparently Dad is too busy shaving or watching football or being all manly somewhere else to change his child's nappy. In fact, Huggies had to pull an American ad earlier this year after fathers were outraged at the ad's portrayal of Dads as bumbling idiots who don't know how to look after their children. It seems that the ad execs of the world just LOVE keeping those gender roles firmly in their outdated place.

But lets hear from you! What ads are making you shout obscenities at the TV/radio/bus stop these days?

Is sponsored content a force for good or evil?

Are These This Year's Cheesiest Mother's Day Ads?

Which door would you choose?

Celebrity Endorsements: Do They Make You More Likely To Buy A Product - Or Are You Sick Of Them?

How To Turn A Woman Into A Fembot: The Power Of Photoshop Shows Us How It's Done

Kiddie advertising taking over my glossy lady mags: What the actual eff?