There are some days where you're just not feeling it in the gym, or you think you might not have it in you to finish off that last rep. Or even start the first rep.

They can be the toughest times, when you need to dig down inside yourself and find something to push you over that finish line, and it turns out that there is a way to get yourself to give everything just using the power of your mind. And no, we're not talking about The Force.

As it turns out, there are a couple of different ways that people deal with that problem, but only one of them will actually give you the boost that you need in the moment, according to a recent study in The Journal of Strength and Conditioning Research. 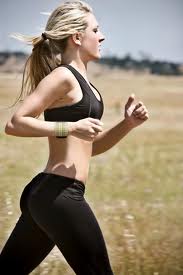 Many people begin to focus on the small details and tell themselves to just push one more rep or pump their legs harder, but the real trick is to focus on the end goal and not on the movement itself.

The study divided around 70 participants into four different groups who were asked to perform five standing long jumps, with each group given a different set of instructions. The focus of the commands given to each group varied, as one group (external focus) were told to "jump as far past the start line as possible",  another group (broad internal focus) were told simply to "use your legs", while another group were given specific instructions (narrow internal focus) and told to "extend your knees as rapidly as possible", along with a control group for comparison.

The group that performed the best was the external focus group who were told simply to jump as far past the line as possible, leading researchers to conclude that focusing on the end goal, not the way in which you are going to achieve it, would improve athletic performance.

You can find more healthy tips and tricks in our Wellbeing section.

Do you have any tips to share that get you through that last rep? Or any tips that get you off the couch in the evening and into your runners in the first place? Let's talk muscle motivation. To the comments!

What is a Matcha Latte?

10 ways to make sure you have a good day

Why you should practise positive affirmations

How Important Gratitude Is For Your Well Being