Sleep Debt: Totally Real or Totally Made up? 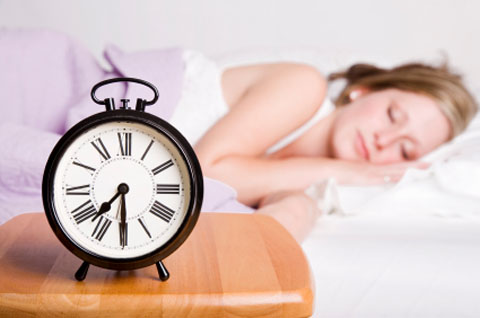 We discovered the concept of sleep debt in yesterday's Clarins Multi-Active Night post and it's a term coined to describe the knock-on effect of the sort of issues women face in their daily lives: work, commuting, broken nights nursing babies and the general stress of modREN life are all adding up to - or more accurately, taking away from - a lot less sleep than we need. About one and a half hours a night, apparently. We're getting six point five, when we ideally need eight.

Are you sleep-deprived? Are you in hock to your pillow? Actually, ok, I know it's a little silly and beauty companies need angles on which to hang new launches, but it definitely rings a bell with me. I've no babies demanding my attention for 4am feeds, but employment-wise an average week sees me juggle my office job for three days, fitting in a weekly two-page column with a newspaper and Beaut.ie - which is a full time occupation all in itself. Needs must and all that, and I definitely like to be busy, but by Friday I'm usually a hollow-eyed, stuttering and stumbling shell of a person.

I don't go to bed early enough during the week, is part of the problem: and why the hell would I, when there are so many funny cat videos on YouTube vying for my attention, eh?

So yup, I think I'm a just wee bit sleep-indebted, alright. Are you?

Poll: What brand of tea is in your cupboard?

Tea: rocket fuel for the Irish

White Winter Wonderland or Summertime Style? We Take the White Trend to the Polls!