Study Shows Men Take Twice as Many Selfies as Women

The phenomenon of the selfie has really taken off in recent years, and it seems that the main perpetrators are actually the male of the species.

If you're not taking selfies these days, then you're no one (how can we know that you actually exist if a picture of you taken by yourself isn't on the internet?), but the unprecedented success of the selfie has proven that we're pretty fond of ourselves.

Since it seems to be the main way that people are using the cameras on their mobile devices, HTC decided to look into it and their research shows that men are taking more selfies than women. Looking at data from people between the ages of 18 and 30, they found that men took three selfies per week on average, while women took just 1.6 self portraits. The research also showed that around a third of men took more than five selfies a week, but they also took shots of different parts of their bodies. 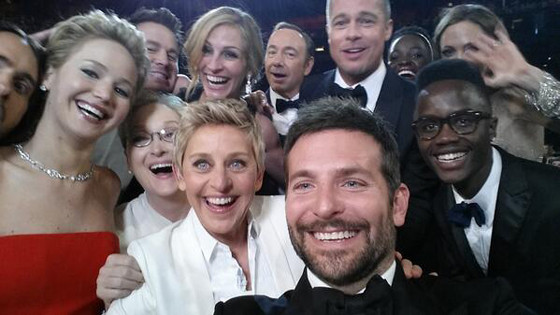 76% of male selfies were of their body, while that accounted for around 45% of selfies taken by women, who are more likely to share a selfie of their face instead (55%). Men also like to take pictures of their chests (20%) and their torso or six-pack (17%).

The research, which also looked at why we take selfies, found that there are differing reasons as to why men and women post the images too. For men, a quarter of them said that the reason for a selfie was to make an ex or a partner jealous, while one in ten said it was to make themselves look more desirable. Around half the women asked said they took selfies to make someone else jealous, while just 7% said it was to make themselves more appear more desirable.

The full stats showed that between the 11 million 18-30s in Britain (where the data was gathered), more than a billion selfies are getting posted on social media each year. HTC's Ben Walsh stated that the results show the trend is growing, and that it "shows no signs of slowing down. With social networks such as Facebook and Instagram as well as dating apps growing in popularity, having the best possible photos of ourselves is now more important than ever".

Does the fella in your life take more selfies than you? And when you the piece about men taking shots of different parts of their bodies, did you think what we did?

Via Independent.ie. Main pic via R4vi/Flickr

So Beard Transplants Are Now a Thing & They're Really Popular

And they cost HOW much?

That Kanye is a fierce terrible influence on him

Out With the Suits! David Letterman Embraces 'Retirement-Chic'