Remember Angelina Jolie's wedding dress? It was a simple enough satin number, but the veil, oh, the veil. The veil had scribbles and doodles all over it, courtesy of her kids, and while it was quite sweet, it wasn't very chic. Except now, it kind of is.

Proving that it takes two years for a trend to reach the masses is Elle Fanning, in this: 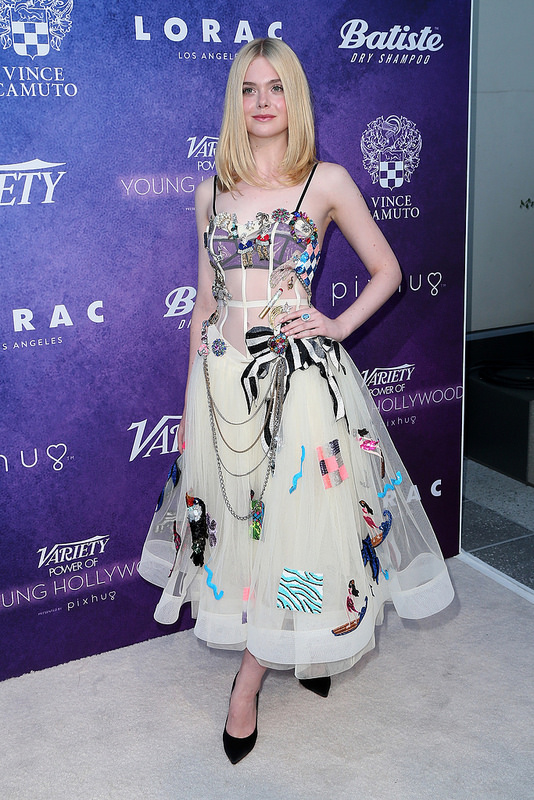 Veil-like material. Check. Scribbles. Check. The doodle dress is IN, and you can thank Maddox, Pax, Zahara, Shiloh, Knox and Vivienne Jolie-Pitt.

In other pretty dress news, here is actress Perrey Reeves (you might know her from Entourage) in the off-the-shoulder style that refuses to go away. It is flattering and will suit all occasions: weddings, garden parties (there's still time!) and movie premieres. And, ahem, we found one that costs €10.50.

Taking third place in this week's Best Dressed is Peyton List (you might know her from... you probably don't know her from anything TBH) who has already moved to the dark side just in time for autumn and we're totally ok with that. Sheer skirts: they are here for another season at least. 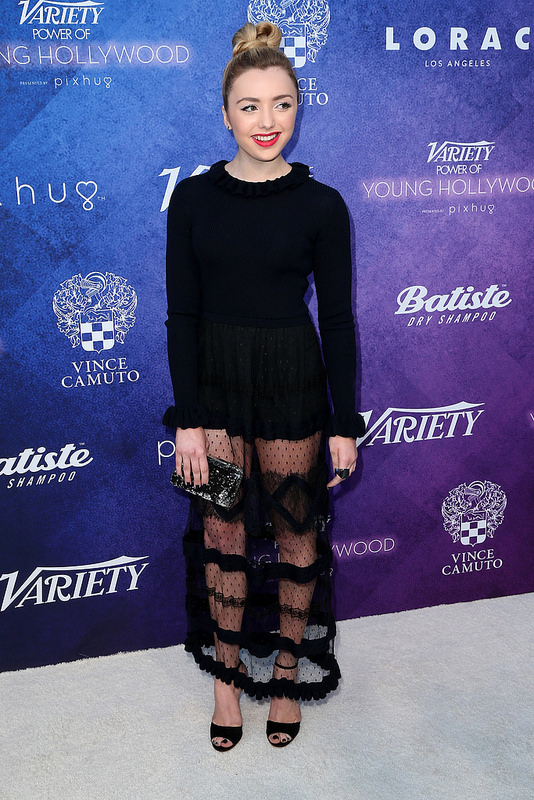 If you were to choose a top three, who would be your Best Dressed this week?

The best dressed stars at the SAG Awards 2019

You Decide: Who was the best and worst dressed at the Grammys 2018?

You Decide: Who was your favourite on the Golden Globes 2018 red carpet?

Emmys 2017: Best and worst dressed on the red carpet

The best looks from the Fashion Los Angeles Awards 2017