In defense of peel-off nail varnish

Peel-off nail varnish has the same reputation as magnetic eye-lashes. They're supposed to make life easier but everyone ignores them. Here's why you shouldn't.

I made a mistake at Christmastime. Before I went home for the festive season, leaving the majority of my beauty stash behind, I painted my nails with glitter in the name of 'minimalism'. I preached about packing strategically and not bringing the kitchen sink, but did I practice my pontificating? Of course not! I arrived home with a backpack that would make a turtle jealous. The only step I took in the name of minimalist packing was to paint my damn nails with that damn glitter. I brought the varnish with me for top-ups (because it's much easier to not make a mess of glitter nail polish and to correct mistakes) but I left behind any other choice. But glitter gets old after a few days. And it starts to look old no matter how many fresh layers you add. And, when I got back to my home in Dublin, it took ages to get the eff off.

If you want to wear glitter, you need to have a game plan. You need to prep. You need an alternative in case you change your mind because you definitely will. 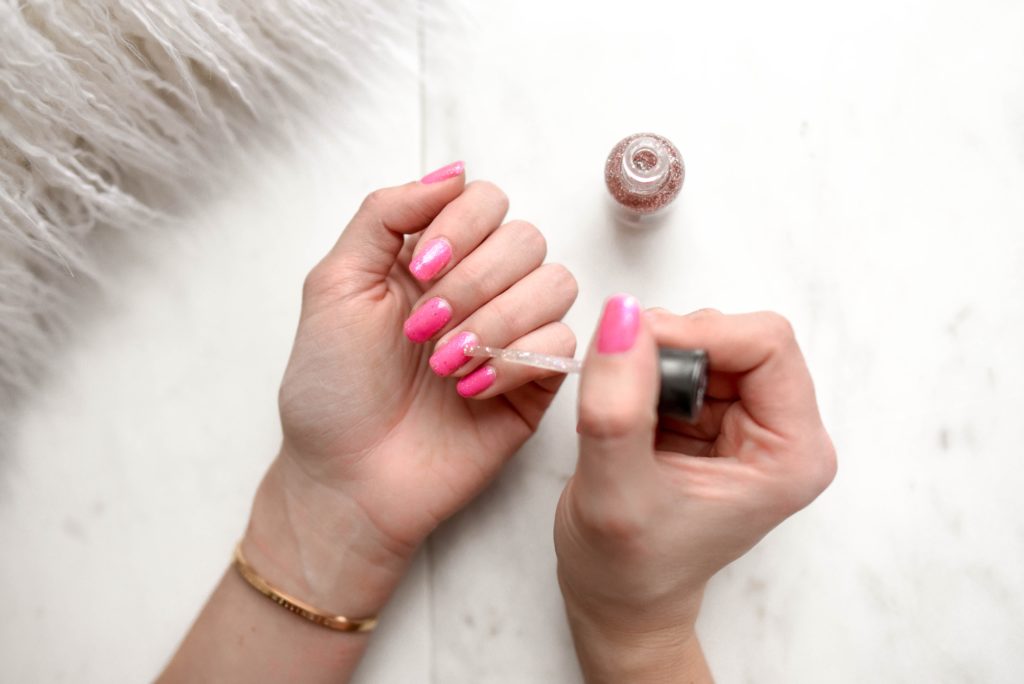 I had received a couple of bottles of peel-off varnish from Catrice that I ignored because they weren't Christmassy colours. When I got back to my desk in January, they were sitting there innocently, unaware of my nail trauma. Bored (hey, it was the first week back after Christmas!) I idly applied a layer of pink glitter and it took me no longer than an evening to wish I'd used it, or something like it, instead.

Peel-off nail varnish is really easy to apply and really easy to remove. It can sometimes be too easy to remove but that's ok! As I said, it's easy to apply. There are more pros: if you're bad at the self-manicure, peel-off nail varnish is probably the least messy. It's gluier than traditional polish, so it's easier to control. And if you don't like the job you did, just peel it off an start again.

I have a bag full of nail polish that's heavier than the school bag you lugged around in Sixth Class. I'm getting rid of all the mostly used-just-once shades in there and I'm replacing with peel-off. I'm forming a simpler life this new year, and this is a good place to start.

Do you use peel-off nail varnish? Would you recommend?

After years of searching for the perfect nude nail polish, we've found it

This brilliant nail polish remover should be your next beauty buy

What is nail foundation (and do you really need it)?

Yet another gimmick we don't need?