The pants we hoped would have been left behind in the 90s with Spice Girls shoes and quirky waistcoats have crept back into style. Dear God, next year Spice shoes and waistcoats will be back in, won't they?

Well, we thought we would never wear kitten heels again, and we have (they're comfy, dammit). So, we're not surprised that we're coming round to the fact that ski pants are back. Yes, ski pants. Otherwise known as stirrup pants. You know the ones. Ill fitting leggings with a strap at the end to go under your shoe.

My recollection of ski pants is baggy knees and saggy ass. They never quite fit properly. We also didn't wear them skiing because no one from Ireland did that back then. Tell the truth; they were hideous. Comfy, but hideous.

It doesn't matter, though; those pants were thrown on the scrapheap years ago. The new gen of ski pants are presumably more flattering. Fashion Editor Pernille Teisbæk wore a pair three days ago to Paris Fashion Week. Like the Suede song goes, she's in fashion. That means ski pants officially are too.

Pernille wears them well. Instead of wearing them with a baggy jumper, big socks and pure white runners, her take on the trend is to class it up. Blazer, heels, done. 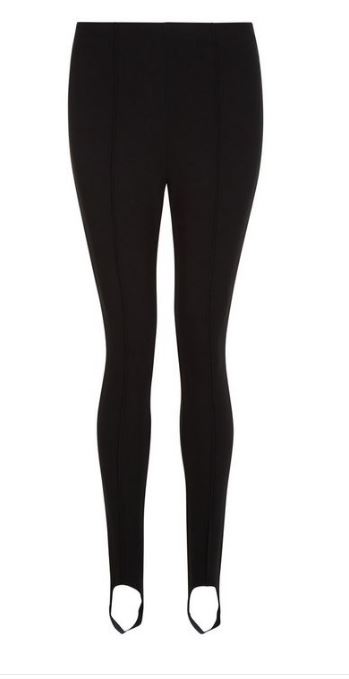 Would you try this trend? How would you style yours?

Get the Look: Selena Gomez in the '90s inspired outfit of SS18

And how much it cost