I got ahead of myself last week when I exclaimed that Gigi Hadid would start a huge trend with her yellow Docs. Scratch that. This is going to be the biggest shoe trend of the year, that's to Dior, Jennifer Lawrence and Rocky Balboa.

Jennifer's Dior Couture outfit was a carefully considered mess. It's the kind of outfit a young Tavi Gevinson just given access to a warehouse of designer clothes would have chosen. Except, the hat, the shades, the knitted poncho, the little white dress, the bag and those shoes came straight off the runway. Jennifer was put in the exact ensemble a Dior model paraded down the catwalk. It looks nonchalant, but some stylist spent hours putting it together. Thank your powers of preservation if you kept the poncho you bought in an 'ethnic shop' during your hippy phase and throw it on next chilly day - you'll be next season ready tomorrow.

The focus of the outfit was not the hat or poncho, though. It wasn't the LWD, either. It was the flat, lace-up runners that wouldn't look out of place in the boxing ring or, indeed, in the new (great) Netflix show, Glow. (Which is set in the world of women's wrestling, I know, but different sport, same type of ring). 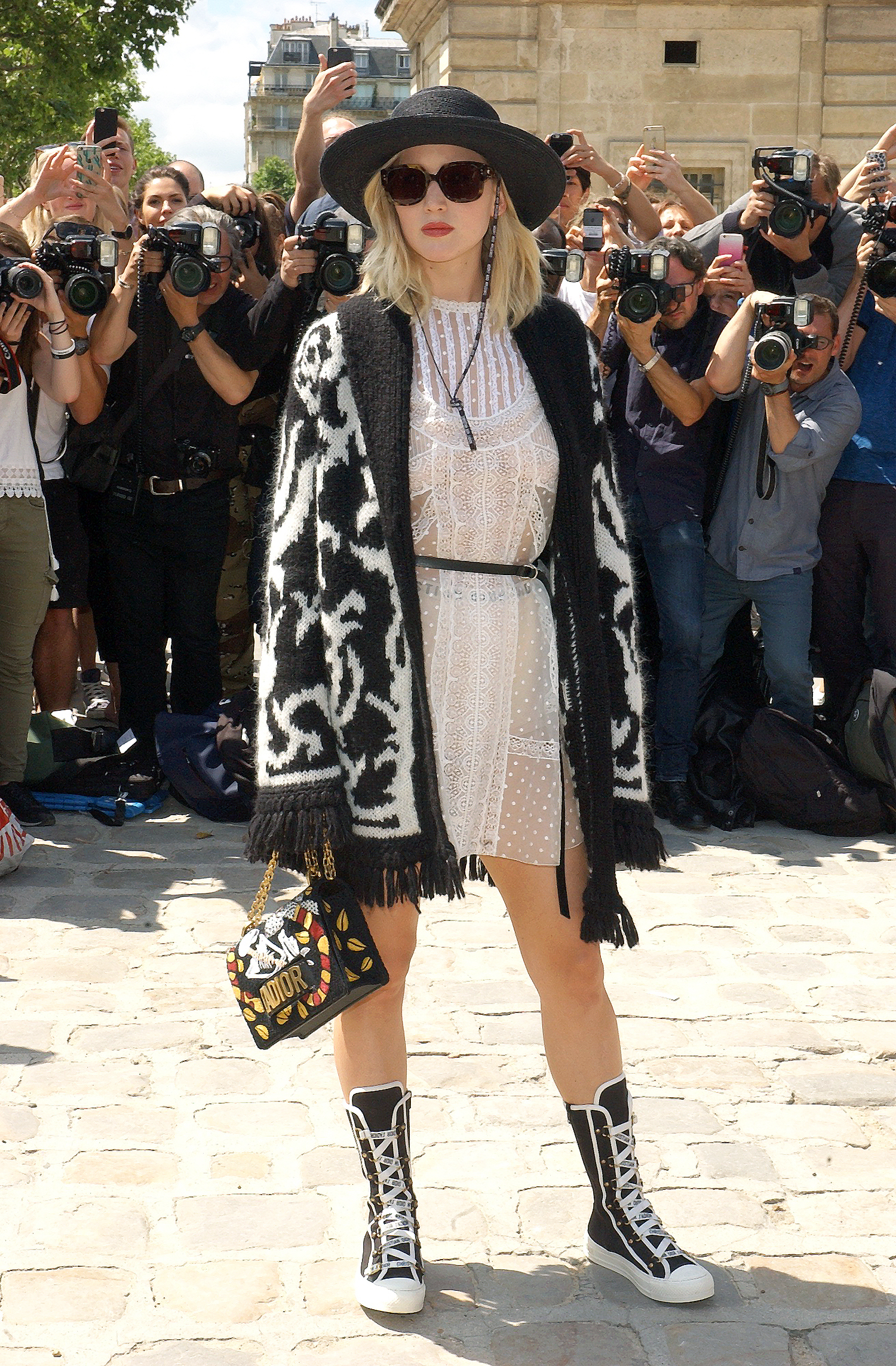 If they look familiar, that's because this style boot was 'In' not so long ago, seen over skinny jeans and with matching boxer braids.

It Girls all over will be wearing them a la Jen for the rest of the summer and into autumn, with a mini dress and chunky knit. And it's festival friendly, too. No one is dressing like Glastonbury Kate anymore. Maybe J-Law will be this year's EP muse?

Who Needs NY? Have Your Own Fashion Week in Front of the Box

For all you fashionistas out there