Gillette Series Shave Gel: The Best A Man Can Get, Me Eye! 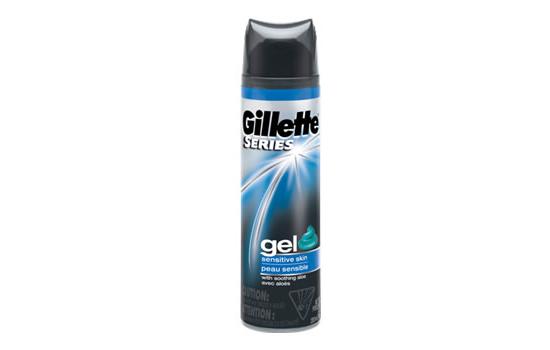 Over the last week or two, I’ve been forced to get the legs out quite a bit. Wearing skirts and dresses has been my coping mechanism for the dead heat which threatened to have me passing out on the office floor, which was a decidedly novel experience for a perma-freezing girl.

Seriously, "Excuse me – sorry – do you mind if I close that window?" will probably be inscribed on my headstone.

Benefit Jiffy Tan, Rimmel Sunshimmer and Supersunic Golden Legs had me well covered on the colour front, while Gilette’s Fusion Power razor kept me fuzz free. As the swelteringly clammy days went on, however, I noticed that my legs were flakier than Paris Hilton with a violent case of the dandruffs.

Lashing on moisturiser and exfoliating carefully to avoid any build up of old tan wasn’t doing the job, and I was breaking into a sweat at just the thoughts of having to step back into leggings or trousers to cover up the advancing Saharafication.

What the feck was the problem?!

Eventually it hit me – I was using a different shaving unction than usual. Himself had run out of the fancy Molton Brown gear that I like to quietly plunder and I'd already polished off any crappy conditioners that were lying around, so I’d resorted to a can of Gillette Series Shave Gel For Men (in Cool Wave flavour) that I’d found mouldering away in the bathroom. As soon as I quit it, my pins returned to their normal non-shed state almost immediately – despite claiming to be hydrating and formulated for  sensitive skin, it had been absolutely desiccating mine.

And as luck would have it, Himself nipped over to Kildare Village over the weekend to stock up on cut-price Molton Brown shaving goodies!

Bah, Just WHY Are Mens' Razors so Much Better Than Womens'?

Shaving: it's literally a pain in the face. A guide for men #1