How Much Should You Sweat During A Workout?

Getting a sweat on is often seen as a form of proof that you've had a tough workout, but if you're worried about sweating too much or too little, then let science put your mind at ease.

Mike Ryan, Assistant Professor of Exercise Science at Fairmont State University has crunched the numbers, and has come up with some figures for the amount of sweat that the average person loses during a workout.

The amount ranges between 0.8 and 1.4 litres, depending on your level of fitness and a number of other factors, which makes it more or less impossible to say what's "normal". Christopher Minson, co-director of the Exercise and Environmental Physiology Labs at the University of Oregon, points out that the highly trained athletes among us can lose as much as two litres per hour of exercise, but it all depends on the number of sweat glands you have (between 2 and 5 million, depending on the person), the temperature and the type of exercise that you're doing. 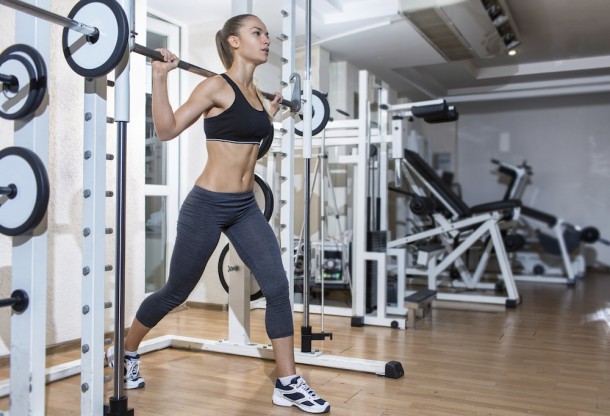 Ryan explains that knowing about why we sweat is crucial to this investigation, saying that "about 60 percent of the calories we burn during muscle contractions are lost to heat production", and so the harder/longer we work out, the more calories we burn and the more heat we produce.

He also adds that how much you sweat is nothing to do with how much fat you burn, a common misconception: "An individual’s perspiration rate is largely dependent on their genetic make-up and how their body responds to heat stress", and sweating helps you to regulate your core temperature. As sweat on the skin evaporates, the body cools, so athletes often sweat more as they've become more efficient at regulating their body temperature.

The short answer to the question how much sweat is too much is that different people sweat at different rates (for example men, in general, sweat more than women) and other things such as caffeine can even increase the amount that you sweat...so don't have that large cup of coffee before your next important board meeting.

Do you prefer to get a serious sweat on during a workout, or something a bit more easy going?