Final call for all passengers boarding the Beaut.ie Awards 2014 nominations!

The long list nominations will close this Sunday at midday so get those votes in quick as you can.

In case you've been living under a rock and have missed the public beaut.ie announcements, here's the low down on the Beaut.ie Awards 2014 *slips into Jean Byrne leather sheath to make weather forecast style announcement*. From Malin Head to Carnsore Point and not forgetting Mizen Head and every damn place in between*, it’s time to get YOUR voice heard and let us know what you rate in the world of beauty. 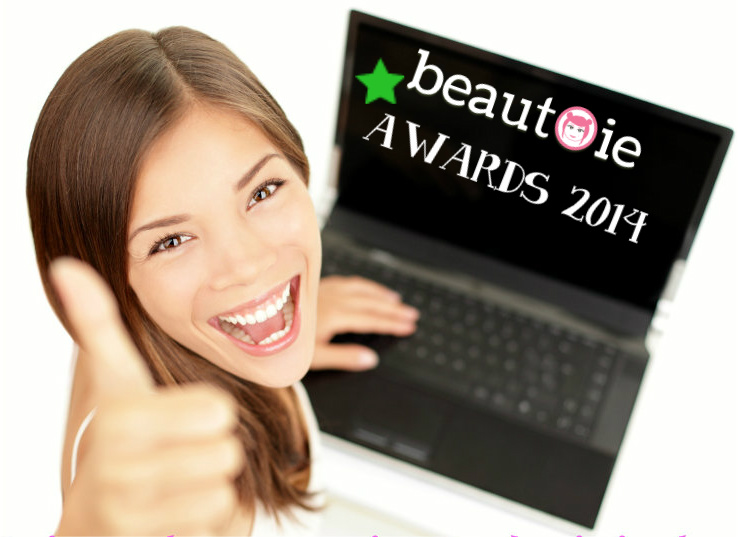 Now in their third year, the Beaut.ie Awards are the most honest and reliable way to tell what real girls actually rate and would recommend to others. We only listen to your voice: no judges, no industry jiggery pokery or input  and no messin’ with the counts.

In fact we don’t have a clue why the government didn’t just ask us to run their online ballot.

The Awards process is two fold.  Here’s how it works.

STEP ONE: NOMINATIONS
At the moment we are collecting your nominations. You’re free to nominate any brand or any product you like but you can only vote once. Don’t open the survey until you’ve got time to complete it – you only get one shot at it.

STEP TWO: SHORTLISTS
When the nomination stage (step one, above) is over (midday Sunday, May 11th) we’ll count ‘em up.  The top ten in each category will make it into the shortlists and you’ll get to vote again for the ultimate winners.

Then we’ll have a lovely, swanky evening of FUN and reveal the results.

Send this to your friends, tweet everyone (#beautieawards2014), vote on Facebook and share the love.  The more votes we get the better the results will be.

And to say thank you for sharing your beauty favs with us, we are offering all our beaut.ie voters the chance to win the most AMAZING goodie bag known to (wo)mankind, packed to the brim with prizes and worth over €200!

CLICK HERE to start the survey, give your favourite products and brands some love and get going with your nominations!  Ariane has already voted – go join her.  And may the force be with you all.

*the places in between can of course be London, New York, Sydney or where ever you happen to be.

Top Tips for Warming Up Your Complexion Mid Season

Best in Beautie Awards 2014: We Reveal the Winners and Runners Up in the Makeup Category!

Clock Ticking for Beaut.ie Awards 2014: Make Sure To VOTE!

Beaut.ie Awards 2014: All Categories Now Shortlisted, Hurrah! Have You Had Your Say?