If you wish to survive this never-ending winter/spring the chic way, look to Holly Willoughby for inspiration

Holly Willoughby has the work wardrobe of dreams; we know that already. She Carrie Bradshaws it every time, never wearing the same outfit twice. But while her footwear may not be as envy-inducing, it is nice - like Holly herself! - and like Carrie, with every ensemble she wears, she inspires.

Last week was Holly and Philip's last day in their old studio, and ole Hols wore an outfit fit for an after-work celebration. Her asymmetric hemmed dress by Eudon Choi for John Lewis is lovely in itself (and actually not that expensive) but it's her coat and shoe combo that will set you up for our eternal winter/spring.

Our final look in this dressing room for @thismorning ... dress by @eudonchoi for @johnlewisretail coat by @insidejigsaw shoes by @lkbennettlondon #hwstyle?✨

A few years ago, a pink mac would have been so Paris Hilton. Today, it's a thoroughly stylish option for the woman who doesn't want to play it classic all the time.  Holly's is by Jigsaw and surprisingly isn't sold out. 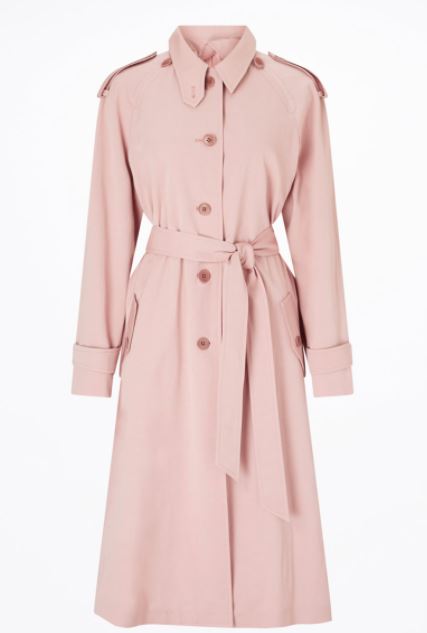 If you'd rather not spend the pounds and go through all that shipping malarky, though, we've found a similar coat in New Look, and it costs only €40. 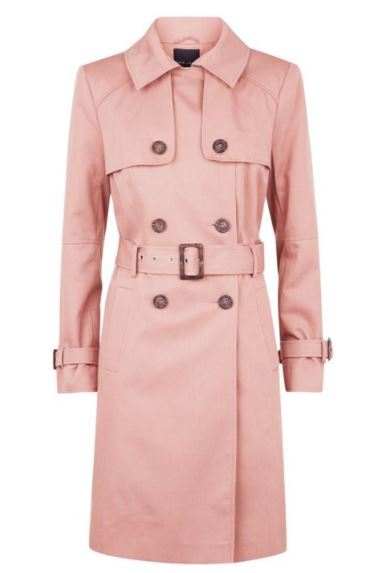 Pair it with a pair of pale pink courts (which you need in your wardrobe anyway), and you're the actual pink panther.

We want to wear this Holly Willoughby outfit every day

How to get Holly Willoughby's gorgeous autumn work style

Where to get Holly Willoughby's perfect autumn work look