Kate Middleton's Engagement Issa Dress is Back on Shelves

Anything this woman wears causes some kind of fashion commotion. She could wear a pair of popper tracksuit pants to the gym and I guarantee we'd all be back in them faster than you can say 'the90swereacrueltimeforfashion'.

The navy, pleated Issa London dress she wore for her engagement pictures sold out in under two seconds flat (that might actually be an overestimation). Rumour had it Prince William bought one himself. 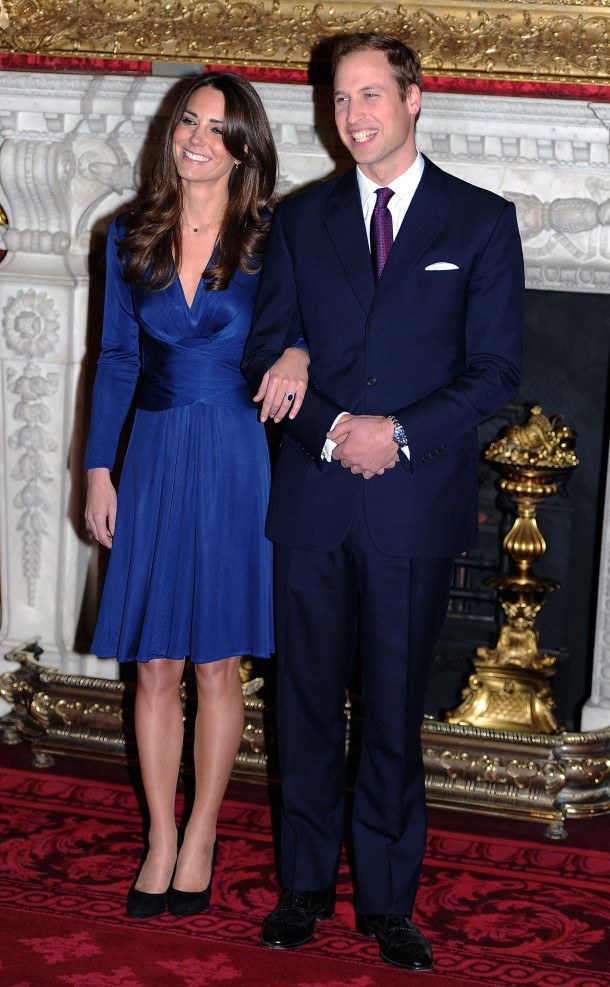 And it's just landed back on shelves again in Harvey Nichols in London (you can pick it up online if you are quick).

To be fair, this is one flattering gúna - the V neck and the waist detailing make it a stylist's dream. But the price tag of £575 (converting at today's exchange rate to about €825) makes it perhaps a little less flattering.

If you fancy getting your paws on the silk jersey phenomenon, move fast.

Or check Ebay - William might have his going cheap now. Allegedly.

Will you be rushing off to pick this frock up now that it's back on (virtual) shelves? What's the most you've ever paid for a dress?

And you can check out more of Kate's nuptial niceties here.