I wore this €12.95 dress to a Christmas party and got all the compliments

I bought two versions of this dress on Friday, and collectively, it could have been the best buy of December

I couldn't believe it when I saw it. It wasn't a mistake. The tag actually did say €12.95. I tried it on. It fit. Dare I say it looked good? So I bought it in two prints.

When I put it on for the party on Saturday, I realised I had bought one of those saviour dresses you can just put on and look presentable. And, every female friend I met that night had something nice to say about it. Which is the whole point of even going to Christmas parties, isn't it?

Unfortunately, I can't show you a picture because for some strange reason every photo I took is a bit blurry (and if the photo itself isn't, my eyes are. No idea why!). Also, the print I wore to the party isn't on Zara's site so I can't show you the exact one, but this is the second version I bought. 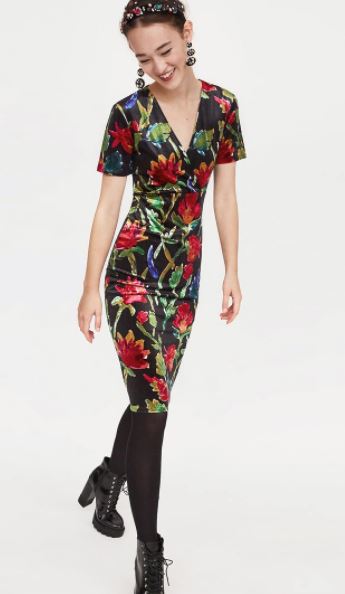 On its site, Zara features two more versions but FYI, the one I wore which is cream based with pink flowers and green leaves, and probably the nicest print of them all.

Looking for an extremely cheap LBD? 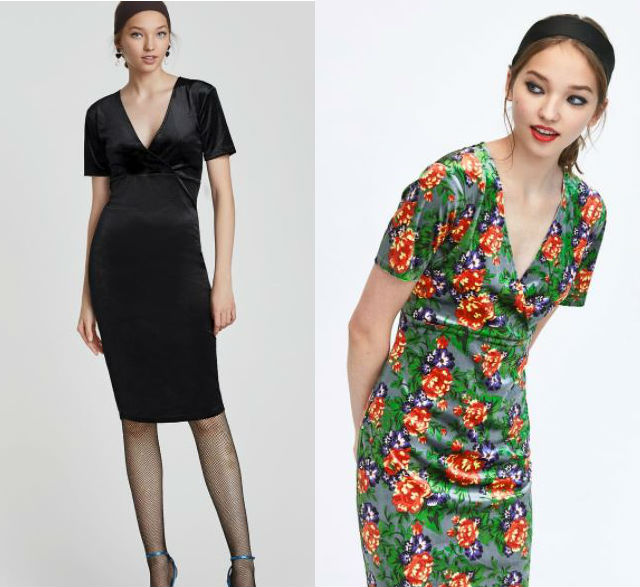 It says the material is velvet, but it's more like the polyester hand-me-downs you used to wear in 1988. It's fine, though. Just wear loads of deodorant and keep away from all naked flames.

It has the potential to look a bit prim, so I styled it with a gold pendant a la Jeanne Damas and with gold hoop earrings. I have a feeling I'll be wearing both of these dresses well into 2018. Hurrah!

This Yellow Coat From Zara Will Brighten Up Your Wardrobe

Here's that perfect leather jacket you've been looking for