Gorgeous alternative engagement rings that will save you a fortune

A lot of people feel the pressure when it comes to engagement rings. But they don't have to break the bank! 11 alternative engagement rings that won't put too huge a dent in your wedding budget

This week, Paris Hilton got engaged, and it's an understatement to say her $2 million ring is big. It's so gigantic; it can be seen from outer space. It's Paris Hilton, so you can't be surprised, but she is continuing a celebrity trend for massive engagement rings. The bigger the ring, the bigger your celeb status, it seems (and the bigger your bank account, of course). And as with all things celeb, that attitude has seeped down to the masses.

I do have a slight aversion to engagement rings, at least in the way we know them today. These days, many women expect a big diamond on their finger, and if it's not big and it's not a diamond, it's not a proper ring. That mindset does not come directly from Paris and friends, though. It's the doing of De Beers and their genius marketing team. Diamonds are not the rare gems the Victorians knew. Judging from women across the world's ring fingers and every jewellery shop window, there are plenty of them. But back in the 1930s, when the American economy was in ruins, but De Beers still have those damn diamonds to sell, they came up with the idea to trick consumers into thinking that the only ring to propose with had to be a diamond. After all, 'A Diamond is Forever'. They upped the ante, even more, a few decades later (when the economy was soaring) with the claim that an engagement ring wasn't even worth buying if it wasn't worth two months' salary. Turns out that it's romance, not sex, that sells.

Anyway, the notion that an engagement ring has to be kind of flashy has been ingrained into our minds, and it's sad to say that some people look down on a ring that doesn't fit that bill. However, in recent years, there's been a rise in the interest for 'cool' rings, rings that go against the grain. And there's been a fall in how much people are willing to pay. In many cases nowadays, engaged couples won't spend a fortune on the ring, opting to put the money towards the wedding or a house or the honeymoon. A ring that costs under €500 isn't a shameful thing. And... you can always upgrade in a few years time, if you have more money to spend or if your taste changes.

There are thousands of rings to choose from on Etsy. If you're looking for something really specific (for the right price) here's where to go. 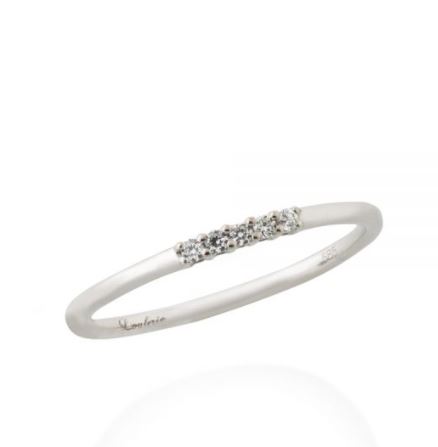 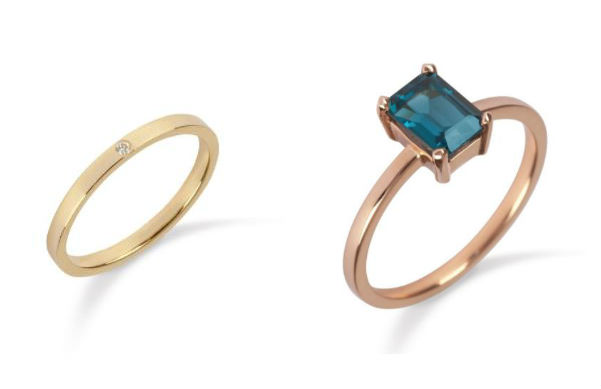 MoMuse also has a wider selection of prices, but still has cool rings for the alternative bride-to-be. 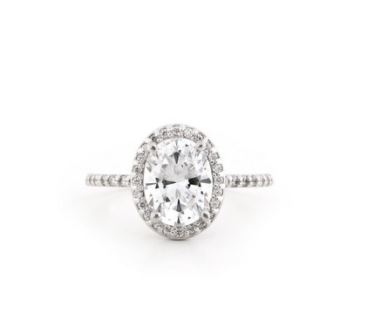 Brown Thomas has loads of rings that look expensive but aren't. The one above is the Olivia ring by Brilliant.

Bridal Diary: Dresses for the alternative bride on a budget

And this bride may have said yes

This is why Katy Perry's new engagement ring looks so familiar

This on-sale jumpsuit is the coolest for bridesmaids

How brides can wear Gypsophila in their hair

What to wear the day you get engaged

How to plan the best honeymoon

11 gorgeous bridesmaid dresses that cost under €100

Get inspired by these engagement ring trends through the ages