Everyone should have a Breton t-shirt in their possession, and that's a fact.

The Breton t-shirt is one of those items that is just handy to have. They go with jeans, and that's the main thing really. A Breton tee with jeans and plimsolls is one of the summer holiday-iest outfits there is. It's nautical, casual chic.

A Breton tee is not just a striped top. It was introduced as part of a French sailor uniform, and it had to have 21 stripes, to reflect Napoleon's triumphs in war. (You can have as many as you want now. Who's counting?)  Coco Chanel was the genius who stole it from its seafaring origins, turning it from Frenchman to fashion.

It's such an integral part of the basic summer (and beyond) wardrobe; you never have any trouble finding one on the high street. Some, however, look more like Chanel's vision than others. Our favourite, from New Look, costs a mere SEVEN euro! 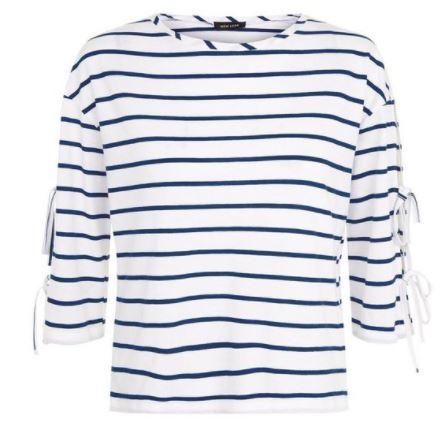 It's the gaping sleeves that does it for us. Sure we've a million Breton style t-shirts at home, we're just building our collection with this one.

Here are two more good ones. 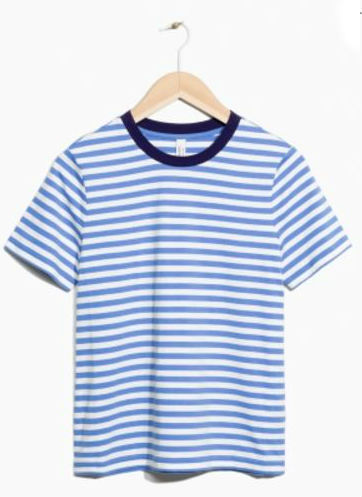 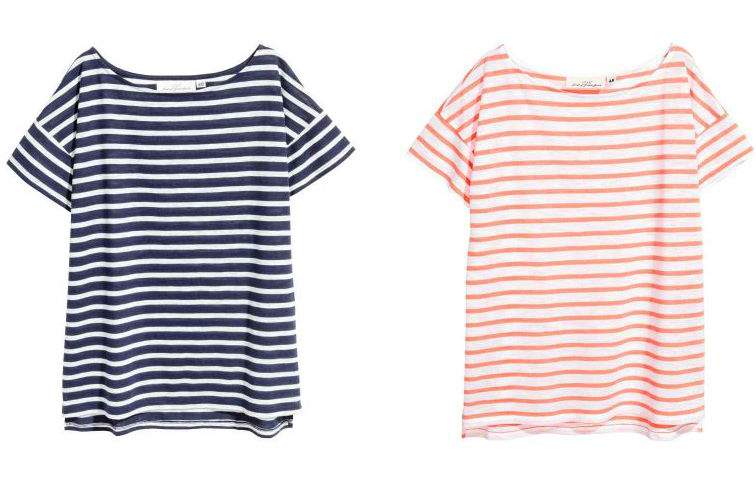