This on-trend boot style has finally arrived in Penneys

These totally on-trend boots have made it to the masses and we don't think we can leave this Penneys pair behind.

I said I wasn't going to buy any more boots. And I said I wouldn't buy them in Penneys. But I don't think I'll be able to resist this pair. I've wanted them for so long.

Now, that's not the first time I've made that statement. Last season, Penneys released a pair of cone heeled boots that I got twice. The style had been popular for quite some time. They were already in shops, but I ignored them until I saw one of the Veronica Beards in them on the Netflix documentary The Fashion Fund. She wore them with uber skinny jeans and an oversized shirt and I knew I had to wear the same. The reason I bought them twice, though, was because they're not the best quality. Veronica's pair were probably originals by Isabel Marant.

The pointed toes of mine got scuffed in under a week and the heel started to wear. I should have known not to walk in them for an hour a day on my commute to work. I took better care of the second pair but after four months, they're looking worse for wear.

My hopes are higher for this pair, even though I have to break my promise to only buy investment pieces to get them. The style is Western - so far, so 2018. But they have the curved heel that makes them so much extra.

I didn't buy the white Zara versions last year because even though the temptation was so very great; I knew I would get tired of them. But now that this pair are in Penneys, and they're plain black which gives them a longer shelf-life, I don't think I can defy the fashion Gods that guide me. AND THEY'RE SO CHEAP. 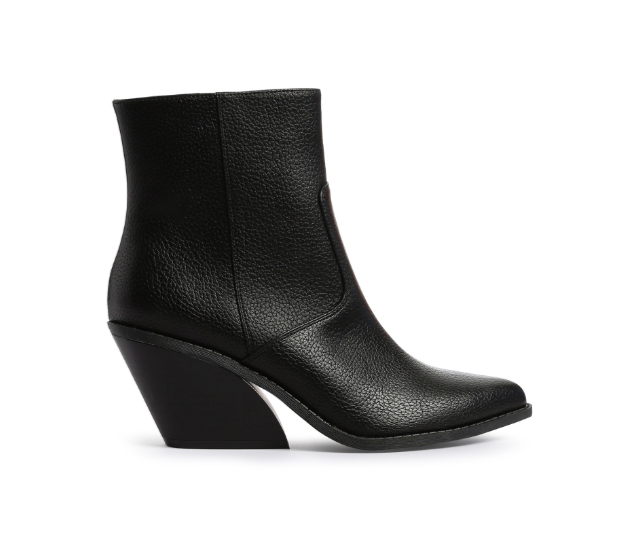 They'll go with so much. Jeans. Midi skirts. Your other pairs of jeans.

Yep, getting them. Are you?

This is how you can wear boots in the summer

These are the perfect ankle boots for the 'cool mom'

What do we think of Kate Middleton's new hair do?