This is the easiest Victoria Beckham outfit you'll ever copy

Get the Look: Victoria Beckham certainly didn't dress for summer, but she did wear an outfit we want to copy asap.

When you look at the 20-odd-year timeline of Victoria Beckham's style evolution, you can't help but wonder, what the hell was she thinking? The balloon chest, touching her chin thanks to an extremely tight corset. The double denim uniform that matched her husband's. Oh God, the TINY shorts and the extension filled curls she sported at the 2006 World Cup. I remember all of these terrifying ensembles without having to consult a Posh Through The Years photo gallery because even though some of them are hideous, everything Victoria has chosen to wear over the past three decades has been carefully considered.

What the hell was she thinking? She was thinking; I am f*cking fabulous. I am fashion. I am style. I am Victoria Beckham and women everywhere will love what I'm wearing and want to copy me. Which they did. They copied the corset. They copied the short shorts and high boots. OK, they may not have copied the patch-work Canadian Tuxedo, because everyone's allowed to make mistakes. Victoria's style has evolved with her life (though she remains humble in some ways), from pop star to the OG Footballer's Wife, to Royal Wedding guest (pregnant in stripper heels), to, somewhere along the line, award-winning and respected high-end designer.

With Cheryl at the World Cup Germany 2006 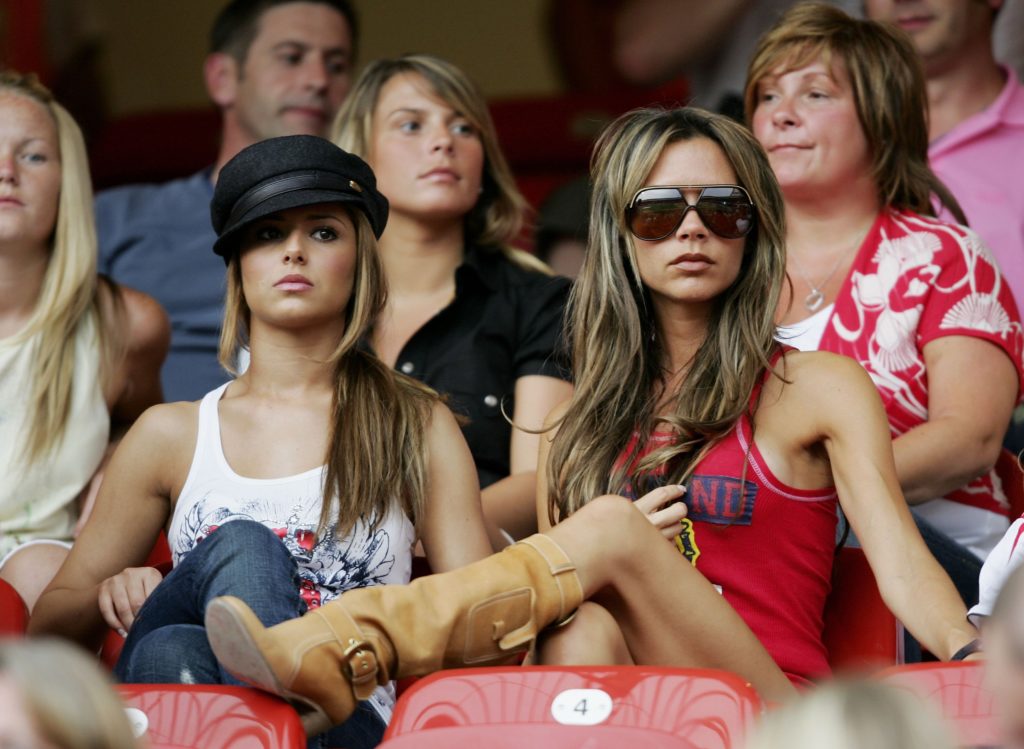 Anyone with interest in fashion wears clothes that look ridiculous and laughable years later (and then, often, right on trend a few years after that). Yes, there are the classically stylish, for whom every item of clothing is a lifer, but the Victoria Beckhams of the world let their personal style change. The people who copied Victoria's style during the 2006 World Cup may not have been into her short pixi-crop and grey business women dresses when she launched her first fragrance and denim line two years later. Because she surprises you. After her chic low-bun phase, she got a mass of extensions again. When you have money, and creativity and a short attention span, you can afford to do a 360 on your look whenever you want. And that is why Victoria Beckham is always one to watch.

Yesterday, she dined out in London in one of the most accessible outfits she has worn for a while. It's not in any way summery - but now that summer's probably over, we want to get back to wearing head to toe black, anyway. 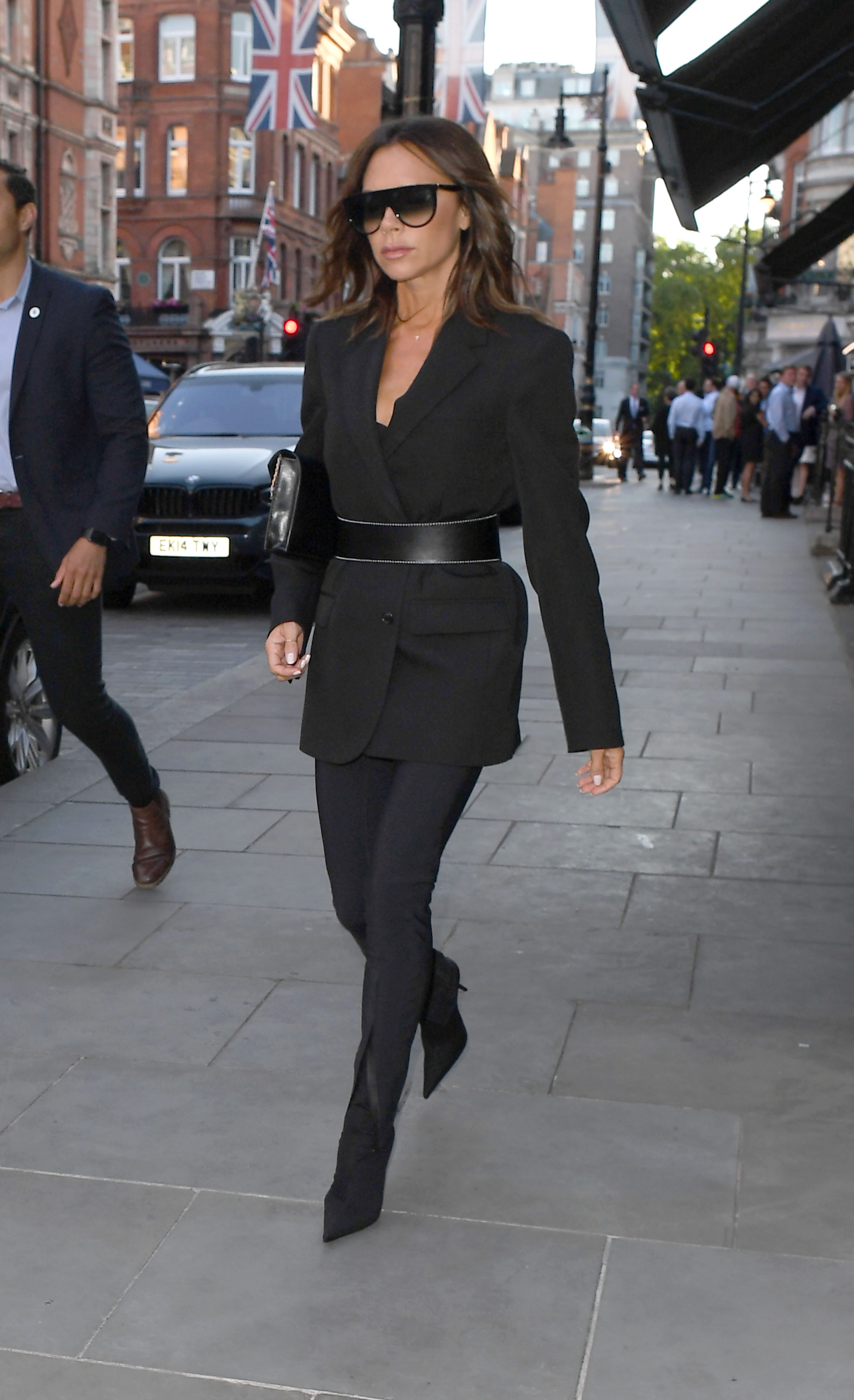 Her entire outfit cost more than your rent. But don't take out a loan to copy it just yet.  When you break it down, Victoria's outfit is just black skinny pants and a blazer. What makes it stand out is the details: the front slits at the hem of her trousers and the thick belt. 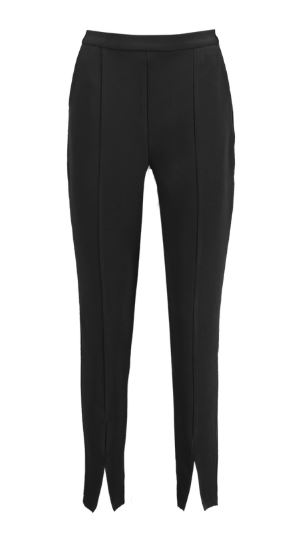 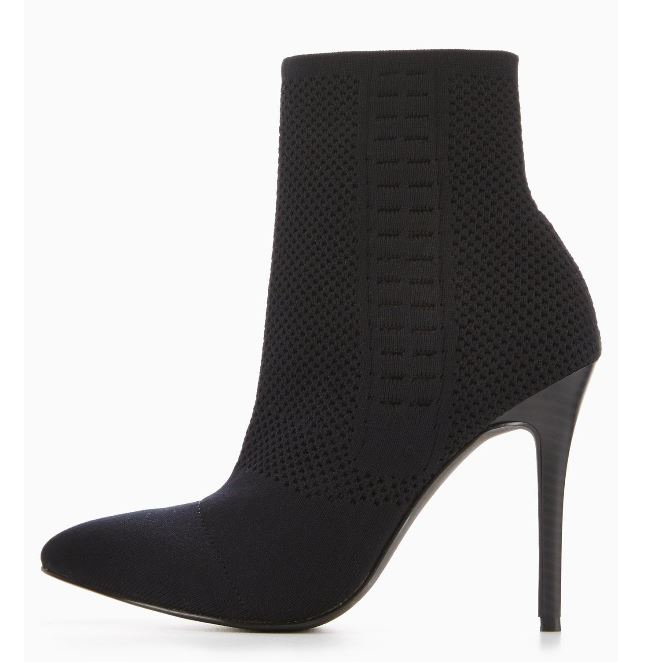 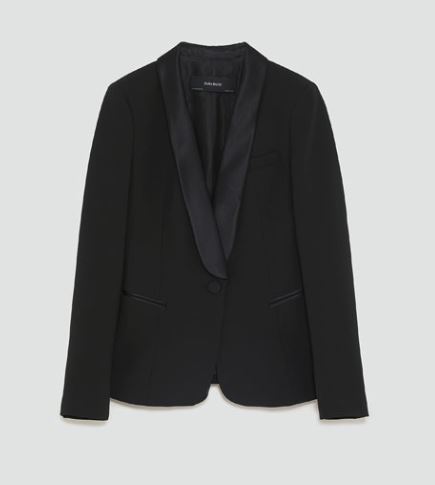 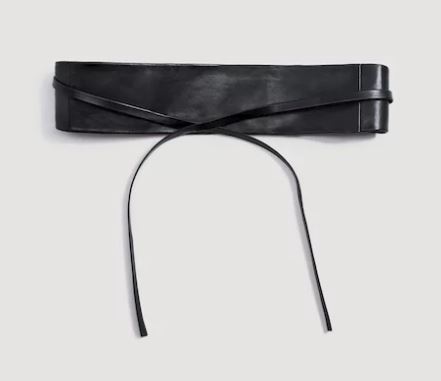 Are you a fan of Victoria's style? Which of her style eras is your favoutite?

21 new things to buy before the end of July

5 flattering bikinis and a little essay on beach bodies

How to dress for a wedding like Meghan Markle